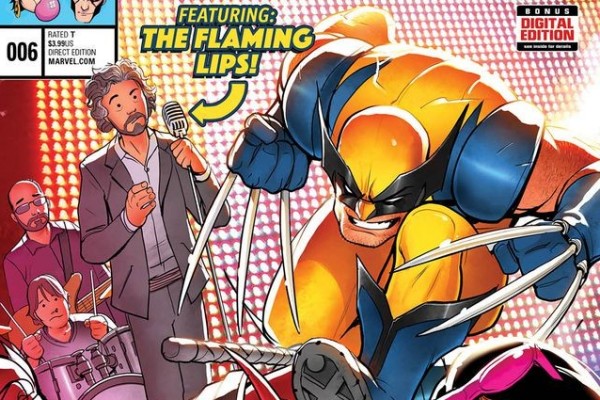 Marvel has been releasing a comic series called X-Men92, which seems to be a retro X-men comic cobbling together 90s X-men cartoon and the comic series at that time. Issue #006 will include the The Flaming Lips as part of the storyline, though further details have not been announced. However, if you look at the cover, cult favorite superhero Death's Head (and a favorite hero of a certain editor) appears to be getting his head kicked in by Wolverine.