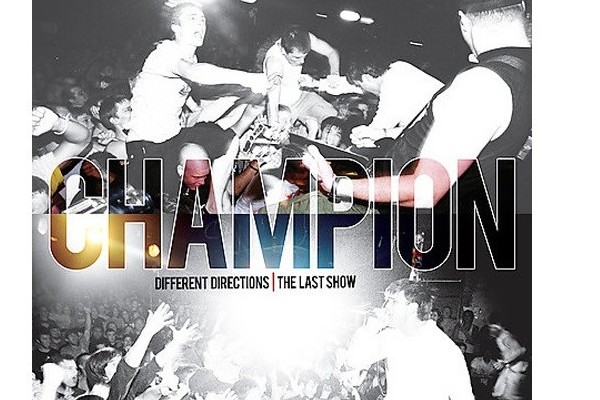 Jim Hesketh, the former singer for Champion and current singer for True Identity, has been accused of being a child predator. A Washington woman named Charlie Stone posted a message stating that Hesketh tried to assault her when she was 14, and that "10-15" other people had informed her that Hesketh had assaulted them. True Identitiy, with Hesketh, was scheduled to play Rain Fest 2016, but recently dropped off the festival without explanation. Hesketh has not issued a statement yet, but the remaining members of True Identity have. True Identitiy stated that they were ending the band. You can read Stone's statement and True Identity's reply statement below.

This is the scariest thing I've ever had to write about on Facebook.

When I was 14 I wrote and edited my own zine. It only had two issues, it was embarrassing, but mostly because I was 14 and was trying too hard to be "cool." I had the opportunity in writing this zine to interview one of my heroes: the singer from Champion, Jim Hesketh. I was a vegan straight edge kid who loved hardcore and was from Seattle, my dreams had come true. What started out as a 14-year-old kid nerding out over talking to her hero, swiftly turned into inappropriate sexually charged conversations, and an attempt to lure me AND another 14-year-old friend to his house in the middle of the night to wear bathing suits and "play around in his bathtub." I was 14, he was 26, and he knew exactly how old I was. That's not normal. Jim Hesketh is a child predator.

If I could go back and change what happened next, I would. I never went, from fear of the wrath of my mother in breaking curfew, but I wish I would have told her. Jim Hesketh would have been arrested ten years ago. I didn't, because I was a kid, and I thought it was my fault. I knew that I wasn't cute, that I was terribly awkward, insecure, and that this felt like "positive" attention, but again, I was a kid. So why did I wait this long to say anything? Because I was scared. Every day I read articles of people slut-shamed or gaslighted for coming forward. I was afraid that no one would care because I was a kid, and because while he was highly valued, I was of no value. He was in one of the biggest hardcore bands ever, and has been a beacon to all of the XVX kids out there for years. I was afraid because people would rather tear about victims of trauma than to see their idols fall. I didn't say anything because when I had my own band, people told me, "Charlie, don't talk about being sexually abused as a child, because it makes people uncomfortable and feel bad for you." How would they then respond to me saying something like this of their hero?

We live in a system that does not value our girls. If it did, I wouldn't have to be sharing this today. Someone would have called him out years ago, in fact, many people would have called him out years ago. I didn't think that it would have to get to this point, I thought I was set, sharing it with a chosen-few, crossing my fingers that I wouldn't have to put myself at risk like this, but not enough happened. Jim was out of his band, True Identity, they had pulled their merch off of the internet, he wasn't allowed to play Rain Fest, or even attend, but people still didn't know. I had to come forward because his response to being called out was terrifying: He cried, apologized, offered to go to therapy with the mystery girl that he "ruined the life of," and de-activated his social media accounts. We don't know how deep this rabbit-hole goes.

By not resisting this behavior, we are encouraging it. By ignoring it, we are putting his status above the innocence and lives of girls. Coming forward, I only hope that any other girls or women who fell victim to his whims will have a chance to know that they are not alone and that their voices matters. They matter. I don't want to ruin Jim Hesketh's life, but I know that if I never said anything, knowing that I should, I am potentially putting other people at risk. It terrifies me thinking that there could be other girls out there who weren't too afraid to break curfew, and who is to say that if age didn't matter to him then, why would it now? That haunts me.

If we can't talk about this within a radical subculture, when can we? I don't have the answer to this, and I can't decide how anyone responds, taking a moment and trying to be brave is all I can do. I am saying this today, because for years, Jim has had the worst rumors about him, and I didn't want to be another one.

Edit: Since I posted this 2 1/2 hours ago, I have received 10-15 accounts of girls being assaulted, preyed upon (when they were under age), and raped by this monster.

"We parted ways with Jim immediately upon learning of these allegations. We 100% support Charlie, and extend our utmost respect and support to everyone who's been effected by this in coming forward.

"We made an immediate decision, instead of looking for a new vocalist - to dissolve True Identity. We have responsibility to disconnect the music we've made from any hurt that has been caused during the tenure of this band. Hardcore is our home, we have a responsibility to make it better for everyone who chooses to be a part of it."