Editorial: How the Brexit will affect UK acts touring the EU 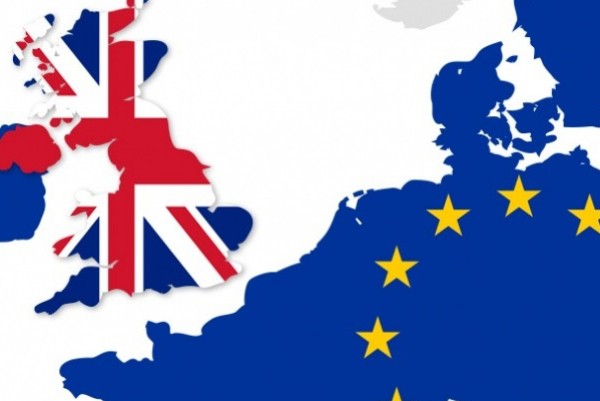 Just yesterday, the UK voted to leave the European Union in a move that is garnering intense debate. Many people will be affected by this move, including artists who wanted to tour the British isles. So, Punknews' Jeff Sorley, who now lives in the UK, penned his thoughts on the subject. Check out it out below.

How the Brexit will affect UK acts touring the EU

Jeff Sorley
While the Pound tumbles and the world stock markets reel over the British referendum to leave the EU passes, one thing that is lost in the shuffle is how the indie and punk music scene in the UK will be affected.

Obviously, any meaningful change in the status between the UK and the EU will take a while to come about. But the most likely scenario is that UK bands that plan on touring in EU countries will need to navigate through a bureaucratic quagmire and incur hefty visa fees in order to do so. The costs of this can be quite steep, and could stand to make a European tour an untenable option for smaller acts.

While still part of the EU, British artists had generally free movement among the member countries. Work visas and other assorted fees and licenses were not required, and most taxation was done on the spot. With the British exit from the EU, touring acts will need to get working visas for each country they plan on visiting. Above the non-refundable costs involved in applying for these work visas for each member of the band, this could add weeks if not months onto the planning stages of a tour.

Thereâ€™s also another cost which many donâ€™t think of, but can definitely sink tour plans. As Laura Snapes wrote over at Pitchfork, touring acts may be required to obtain a â€˜carnet,â€™ costing upwards of Â£1000â€”Â£2000 ($1400â€”$2900), to ensure that the expensive music equipment that they are bringing into the country are not being imported for sale without paying VAT. All of this adds up into a negative-sum argument for UK bands looking to expand their market outside of the British Isles, as the costs of travelling there and playing gigs outweighs the benefits in income from ticket sales, merchandise, and the generally unquantifiable value of exposure.

Some of the pro-Brexit supporters believe that the EU will treat the UK with kid gloves upon the exit, and that a lot of the currently unencumbered travel will stay in place. However there is no guarantee of this, as expectations are that the EU powers will take steps to solidify their union, all while putting into place the same strict immigration and travel rules for UK citizens that apply currently to travellers from non-EU countries.

This is an event of unprecedented proportions. How the dust settles is still unknown and the full ramifications can only be guessed at. But what is being outlined here in costs and bureaucracy hurdles isnâ€™t even the worst case scenario. The writing on the wall has been there from the start as to how this will affect the UKâ€™s relationship with the mainland. For our scene the difficulties inherent in the exit will make it difficult for UK bands to tour EU countries and, conversely, EU-based acts to tour in the UK. From the perspective of music, we all lose out.