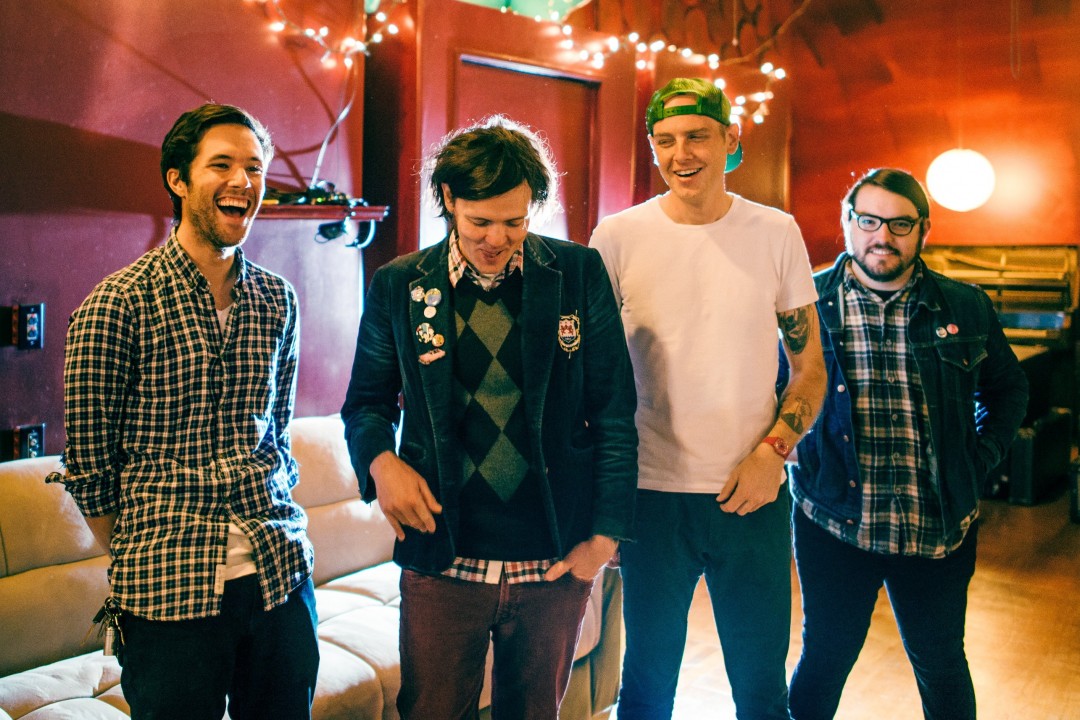 Beach Slang has parted ways with guitarist Ruben Gallego. The band alluded to sexual assault accusations in their statement. Gallego also issued a response. Read both statements below.

For us, Beach Slang has always been and will always be a safe place for everyone. It was built to be welcoming. It was built to be soft. If we are going to continue to exist, we have to exist in this way. There have been allegations involving sexual assault and our guitarist, Ruben. Although this occurred four years ago and prior to him joining Beach Slang, we cannot in good conscience continue with him. We believe survivors and we want to believe Ruben, but until we learn more information, we don't feel it's appropriate for him to be a part of Beach Slang. We strongly support survivors and organizations such as www.rainn.org and we encourage you to use their resources if you need help. We will be making a donation to RAINN at the conclusion of this tour to do our part in helping to ensure these resources are there for those who need it. Given the timing of this, our only option is to play as Quiet Slang (James solo acoustic). I mean, giving up never seems to fix things. Maybe today, we can start putting some stuff back together. The Bleached Slang tour starts tonight in Washington, DC. Maybe that's a good place to start. Keep each other safe, Beach Slang

"Hey everyone I was writing to say that because of an accusation of sexual assault that was leveled against me we all agreed that it would be best for me to take a step away from Beach Slang. This band has been the greatest thing that has ever happened to me and obviously Iâ€™m floored to have to walk away from it. James, Ed and Charlie are some of the best friends Iâ€™ve ever had.

When this call out first came out we sifted through our options and contemplated the possibility of addressing this and continuing forward but more and more we found ourselves asking what kind of repercussions this would have and concluded that letting this fade away would be contributing to the further isolation of survivors and as a whole contributing to rape culture. Something we all vehemently stand against. As difficult as it will be for me nothing is more important to me than making sure that people feel safe around me and in general, at shows, in everyday life.

All of this said there are always two sides in a situation like this and with respect to this person I want to make it clear that Iâ€™ve thought a lot about that night and we both seem to have contradicting ideas about what happened. Its difficult for me to defend myself because any defense I make is only going to serve to discredit this person and I donâ€™t want to cause them any harm. To me it seems that for her to make this call out means that she is clearly working through some of her own issues and I hope that whatever they may be that she finds peace, clarity and resolve. Iâ€™ve made myself available to her if she decides she wants to reach out to me directly or through an intermediary and we can try and find some kind of resolution.

I want to thank every single person who Iâ€™ve met through all of this. This band has allowed me to be in the same room with some of my greatest personal heroâ€™s and generally some of the sweetest people Ive ever been lucky enough to meet. No matter how bleak my life feels right now Iâ€™m grateful for everything and Iâ€™m hopeful that I too can find some resolution. Im starting therapy today and hopefully this will help me to work on myself as a person and trying to move forward in a positive way."