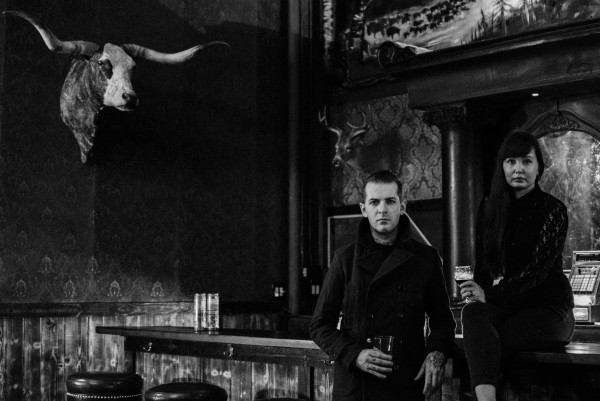 Today, Punknews is excited to debut the new video by Sinners Sinners.

Sinners Sinners take the hard smash of 90s post-punk and set the thing into motion with some classic garage rock energy. There is also a spooky haunted-house style keyboard, which makes the song even creepier.

Speaking to Punknews, frontman Steve Thill said, "Last Drop,' is inspired by a French saying 'la goutte d'eau qui fait déborder le vase' which means, 'the drop of water that made the vase overflow.' Similar to how Americans say 'the last straw' or 'the straw that broke the camel’s back.' Growing up in France, we've been surrounded by alcohol and started drinking at a very early age. You can drink beer or wine in a bar at 16 and hard liquor at 18, and since there wasn't any carding going on at our time, we started at 12. Alcoholism in our county is a huge problem so we've always been surrounded by addictions, and as you get older, you start realizing no matter how sober you think you are, there's always something to replace the booze or the drug in your life."

You can pre-order the band's new album, Optimism Disorder here and here! They're also playing LA on Sunday and you can get tickets here. Meanwhile, check out "Last Drop" below, right now!

Videos: Face To Face: "Bent But Not Broken"