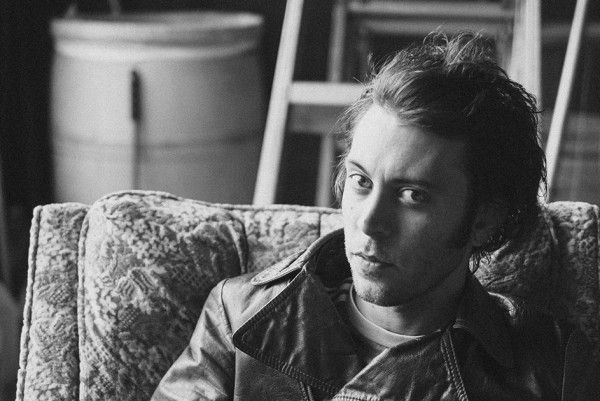 Daniel Romano's punk side project Ancient Shapes has unveiled the title and track listing of their second album, titled Silent Rave. The 10 track collection will be available at the band's upcoming Ontario shows as a limited edition cassette released by Romano's You've Changed Records, with a vinyl pressing to follow at some later date.

Romano, now a successful alt-country artist, was a member of Welland, Ontario's Attack in Black. The existence of his Ancient Shapes project was revealed last year when the band's first self-titled CD was included unannounced along with copies of his last LP Mosey.

CRITICAL NEWS FROM "THE ANTI-ART ENSEMBLE" ANCIENT SHAPES!!" a very limited run of the second collection of songs entitled "SILENT RAVE" will be available at the upcoming engagements ON CASSETTE ONLY. Of course, the near-future will see this assemblage of choleric chants on long playing disks. THIS IS YOUR CHANCE TO TOUCH THE TURMOIL TODAY!! TO DEVOUR THE DISTASTE DIRECTLY!! TO IDENTIFY THE IRASCIBILITY INSTANTLY!! DON'T MISS YOUR OPORTUNITY TO OWN THIS PLASTIC CASE OF COLDNESS!! TORONTO////SMILING BUDDHA///FEB23 ST CATHARINES///MIKADO///FEB24 LONDON///CALL THE OFFICE/// FEB25 HAMILTON///THIS AIN'T HOLLYWOOD///FEB26. SEE YOU IN THE CHASMS. X.

Videos: The Bombpops: "CA In July"