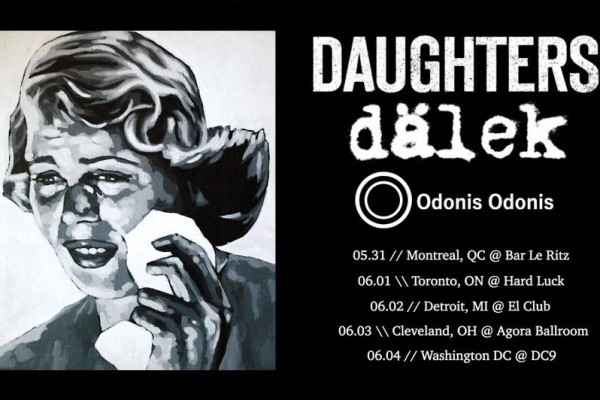 Hardcore band Daughters previously announced they will be playing Calgary's Sled Island festival this June. They will be playing a few shows in the US and Canada before their scheduled appearance at the festival. New Jersey's hip hop band Dalek and Toronto's new wave industrial band Odonis Odonis will be supporting Daughters on all 5 dates this May and June. Daughters released Daughters in 2010.