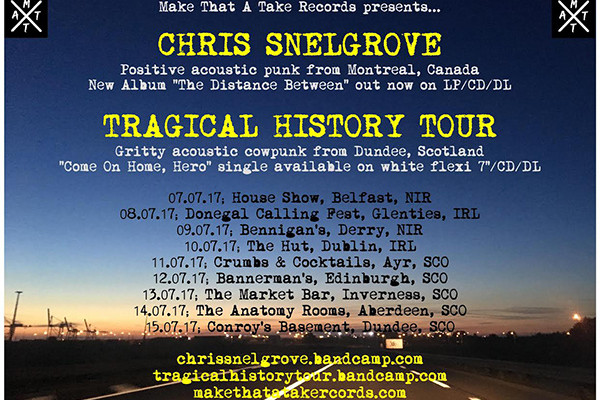 Canadian Chris Snelgrove (ex-Prevenge) and Tragical History Tour (Derrick Johnston of Make That A Take Records) have announced an acoustic July tour of Ireland and Scotland. Snelgrove is continuing to tour in support of his recent album The Distance Between, released in December 2016 under Chris Snelgrove & The Last Mile. While THT is touring for their April 2017 EP, Come On Home, Hero.

You can check out Snelgrove playing his song "Distance is Not Forgetting," as well those tour dates, below.

Music: The Movielife: "Mercy Is Asleep At The Wheel"