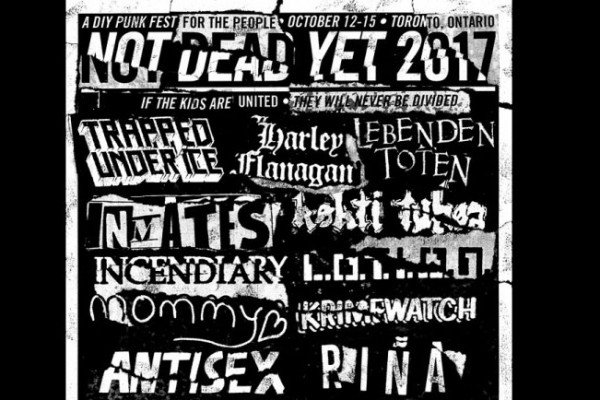 by Adam White Reaper 5 years ago

We aim to have the shows as accessible as possible but please note not all venues are accessible. Accessibility info will be available as specific shows are announced. We’ve said it before and we’ll say it again - NOT DEAD YET is proud to be anti-racist, anti-homophobic, anti-transphobic and is generally opposed to any and all oppression. Let us take the opportunity, given the timing of this announcement to resoundingly say fuck the delusion of ‘celebrating 150 years of Canada.’ See you in October!