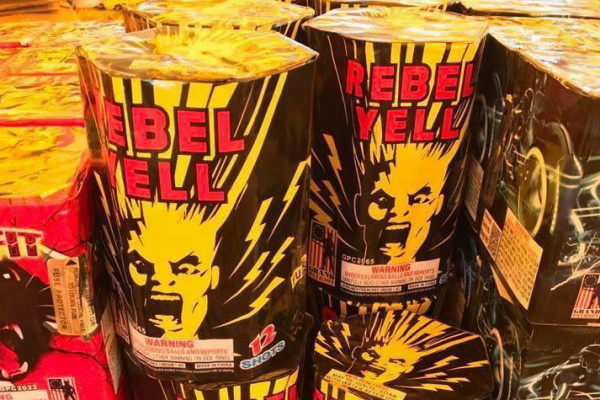 File this one under bizarre: Every year on Fourth of July, many Americans like to celebrate the Holiday by buying cheap Chinese fireworks from their local supermarkets, fireworks depos, and/or sketchy roadside stands. On the packaging, these fireworks often feature images taken without authorization, such as Spider-man, Men in Black, and Batman. This year, an unlikely source got co-opted. The logo of early LA synth-punks Screamers was included on a firework named after a Billy Idol song, "Rebel Yell." The fireword was described as "a three stage whistle cake will leave you screaming for more, more, MORE."