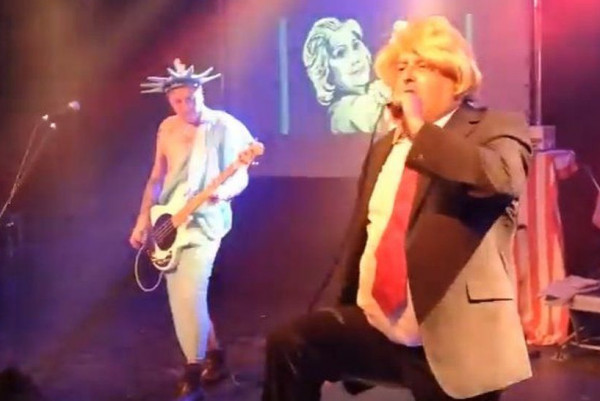 According to the BBC, Peter Bywaters of Peter and the Test Tube Babies was deported from the USA for mocking and dressing as Trump during a previous show. Bywaters says he flew in for Punk Invasion 2k17 in California to perform. However, when he arrived he was interrogated for six hours. Bywaters said ""I had only been there 30 seconds when the border control guard swung his screen round and said, 'Is this you?'There in full view was a video from last year's German tour with me dressed as Donald Trump smoking a fake joint. From there it all went downhill. Six hours later I was forcibly escorted to my seat on the plane." By waters also claims that he had his phone and passport confiscated, had a DNA swab taken, was photographed and had to make an official statement.

Customs Border Patrol disputes Bywaters' account. CBP spokesman Jaime Ruiz sated, “The claim that he was refused entry to the United States because he mocked the president of the United States, that is absolutely not true. That is false. The reason he was denied entry was because he came with the wrong visa.”

Tours: Off With Their Heads/Deadaires (Midwest)