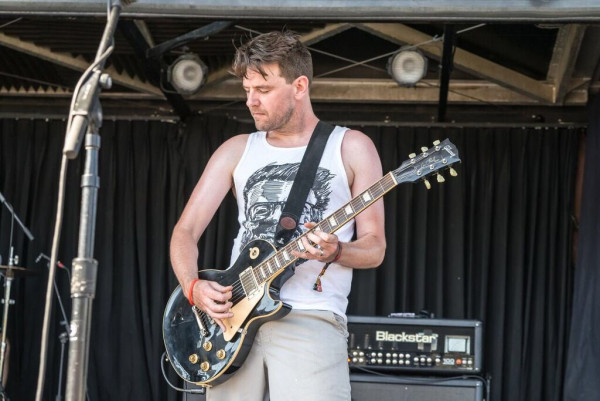 by Ricky Frankel Interviews 5 years ago

Welcome to the first installment of Live At It’s Not Dead Fest 2 -- a three-part, in-person interview series conducted by Punknews Editor Ricky at It’s Not Dead Fest 2 in San Bernardino, California on August 26, 2017. For this episode Ricky interviewed guitarist Trevor Reilly of A Wilhelm Scream. They discussed the studio that Trevor has been building in his house, the new songs that the band has been working on, what they have planned for Career Suicide ’s tenth anniversary, the music video for "Australias," the musical household that he was raised in and a bunch more. Listen to their conversation below or on iTunes. (Music from A Wilhelm Scream and The Flatliners is featured in this episode, Brian Pretus's DownWrite.com Profile).

Videos: Sleeping Under 47: "I Don't Know" at Live! from The Rock Room