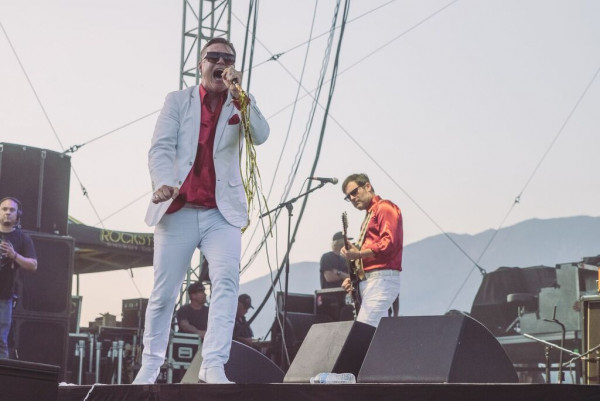 Welcome back to Live At It’s Not Dead Fest 2 -- a three-part, in-person interview series conducted by Punknews Editor Ricky at It’s Not Dead Fest 2 in San Bernardino, California on August 26, 2017. For the second episode Ricky interviewed Spike Slawson of Me First and The Gimme Gimmes, Uke-Hunt and The Re-Volts. They discussed Uke-Hunt's future plans, what he wants to do for the next Me First And The Gimme Gimmes live record, plus he gives an update on the next Re-Volts release and more. Listen to the interview below or on iTunes. (Music from Me First And The Gimme Gimmes and Uke-Hunt is featured in this episode, Brian Pretus's DownWrite.com Profile).

If you missed the first installment with Trevor Reilly of A Wilhelm Scream you can check it out right here.