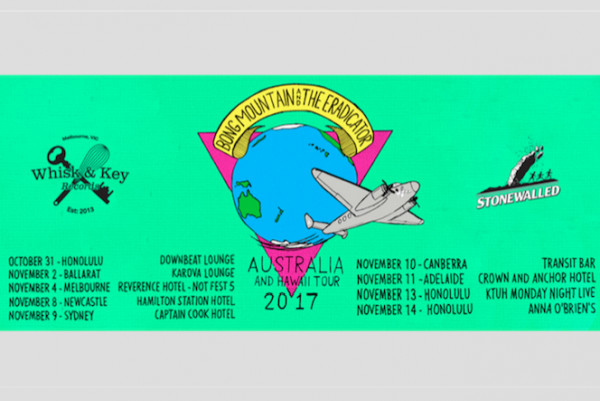 by Ricky Frankel Tours 5 years ago

Bong Mountain have announced some shows in Hawaii and Australia with The Eradicator that are scheduled for late October. Bong Mountain last released You’re Doin’ Great! (for the record) in 2016 and The Eradicator will be releasing their self-titled full-length on October 13, 2017 via Stonewalled. You can see the list of tour dates below.