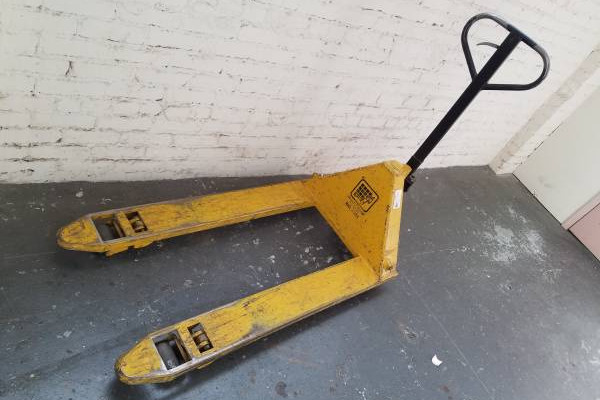 The pallet jack that launched a million punk records is for sale. This jack spent over a decade in the Lumberjack/Mordam Records warehouse and was responsible for transporting many, many historic punk releases from distributor to vendor truck, including records by Jello Biafra, Operation Ivy, Green Day, Faith No More, Skanking Pickle, Alkaline Trio, Hot Water Music, and many, many more. The jack not only served the necessary function of transporting heavy vinyl hundreds of yards, but also raised and lowered said pallets slightly. This specific jack transported thousands of copies of the first Green day record on Lookout as well as thousands of Lard and Lawrence Arms records. The jack can hold up to 5,000 pounds. This storied item was transferred from Mordham/Lumberjack to Alternative Tentacles when Mordham/Lumberjack fell into insolvency. Alternative Tentacles representatives went to pick up their remaining records held by Lumberjack, and were given the jack by the company's disgruntled staff. Find more information here.