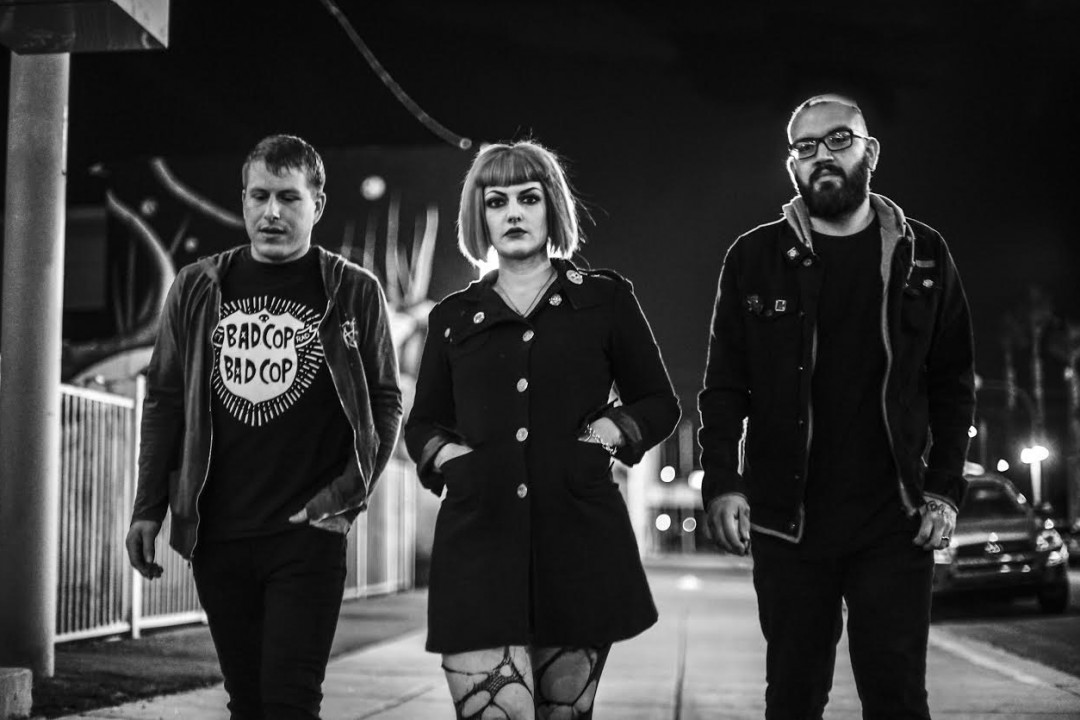 Orange County's The Last Gang has signed to Fat Wreck Chords. The band will put out a new two song 7-inch on December 8 called "Sing for your Supper." The band is also debuting the title track.

"Sing for your Supper" sits between the jagged edge of the Distillers and modern pop-punk propulsion. Speaking to Punknews, singer Brenna Red said, "We’ve never had the opportunity to work with a producer. All our other releases have been completely on our own. Recording with Cameron Webb took us to a whole other level of musicianship. Cameron isn’t afraid to dig into somebody and get their best out of their depths. It was an unnerving process undoubtedly, but that leap has been the best thing for The Last Gang. We sing about our common truths. The anger in the death of friends. The frustration of our country’s ineptness and perversion. The way music heals and gives me hope."

On how the band is evolving, Brenna explains, "We’re always going to be a punk band. Simply put because we are punks. It’s the scene where we grew up in. But we’re also musicians and appreciate all facets of art. So we aren’t pigeonholed into one specific genre. We went on tour with the Cromags and held our own with the hardcore kids. We’ve played Ska festivals, and the crowd was dancing. That’s the beauty of punk; there are no rules. Hell, look at Devo and the Toy Dolls to Against Me! and Murder City Devils. I fucking love this scene."

Check out the band's new song below, right now.