Simply Saucer touring the US in November 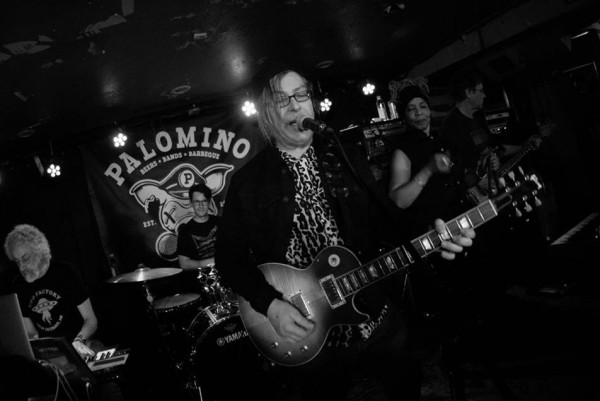 Hamilton, Ontario proto-punk/psyche-rock band Simply Saucer have announced a November tour that will see the group playing shows in the US south and midwest. The band will be joined on bass for these shows by Craig Bell of Cleveland legends Rocket From The Tombs and Mirrors. He joins the current Saucer lineup of original singer/guitarist Edgar Breau, guitarist Mike Trebilcock from The Killjoys, singer Colina Phillips, and drummer Jesse Locke (of Tough Age and Century Palm). Locke's been the band's champion since they reunited in 2006 (their original run was from `73 through `79) and has published bands history in the book Heavy Metalloid Music: The Story of Simply Saucer. The second edition of that book will be available at these shows as well. The tour kicks off in Austin, TX on November 4.

Photo by Arif Ansari at the Sled Island Festival