The Dwarves: “Here's Looking at You” (Punknews Exclusive) 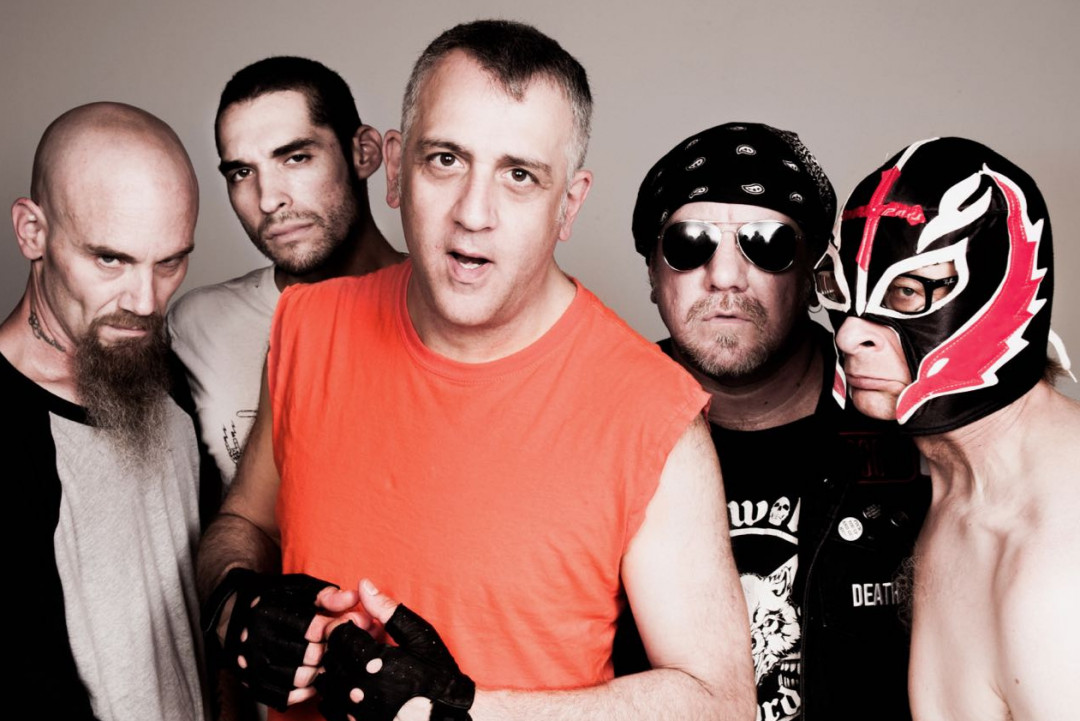 Today, Punknews is excited to debut the new song by The Dwarves and it's a real doozy!

Throughout their career, the Dwarves have built a unique station for themselves by assuming the mask of society's less desirables. On "Drug Store" they examined the glee of a fresh score from the eyes of a strung-out wastoid. On "Pimp," vocalist Blag Dahlia assumed the rule of a fur-coated creep and explained things from the Tenderloin perspective. "Wake Up and Get High with Me" told the story of tweaker at the end of his rope who doesn't realize it.

"Here's Looking at You" follows in these hallowed footsteps and the song really speaks for itself. The band boldly goes where they haven't gone before, and let me tell you, it's a dark place, indeed. In venturing into these unseemly territories, the band seems to ask the question- does every human deserve to be treated humanely, no matter how twisted they are?

The tune is of the band's new Julio EP which is out November 17 via Riot Style. You can pre-order it here. Meanwhile, check out the new tune below, right now.

Tegan and Sara to appear in Archie comics