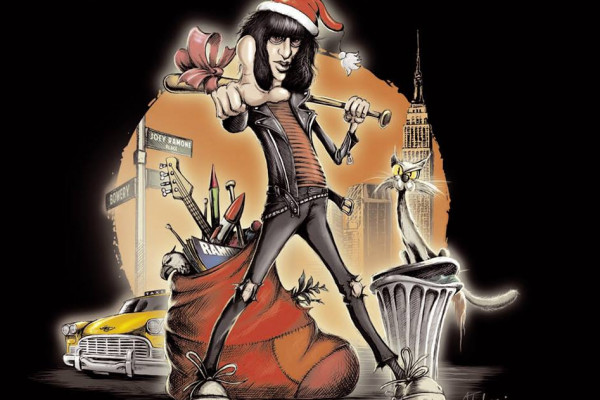 Joey Ramone's brother, Mickey Leigh, is over seeing the release of a new Joey Ramone single. The singlefeatures an alt-take of "Merry Christmas (I don't want to fight tonight)" by Joey's solo band, and a demo of the same song on side B. The release also doubles as a Christmas ornament and can hang on a tree. 500 are being pressed and 100% of proceeds will be donated to the Red Cross of America. Release date and further details are expected to be released soon.