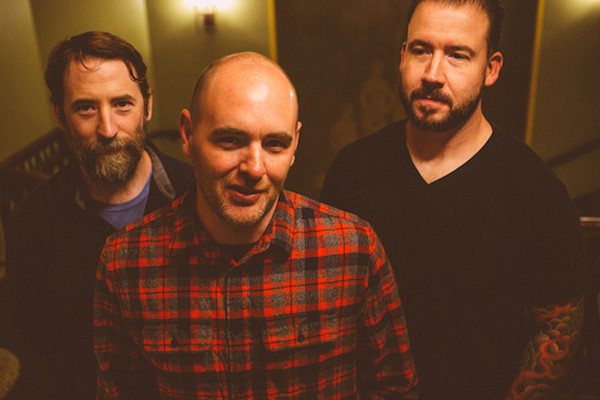 Today, Punknews is pleased to debut the new track by Ampline.

Their new track, "Drip," walks a fine line between alt-rock and 60s AM rock. The whole thing is awash in a warm feedback, but every so often, a menacing guitar breaks through the niceitties and suggests something with teeth underneath. Speaking to Punknews, Ampline's Kevin Schmidt said "Mike wrote this song, I think it's about a bear that ends up dragging a child back to its cave to eat. At least I think it's about a bear,, maybe it's just a really hungry man.” So, of course, Mike Montgomery responded: Lyrically it's a sort of spin-off on Gardner's Grendel, which was his spin off of Beowulf. I thought it was a good swath of imagery to build words and sentiment around.”

The band's new album is out January 26 and you can pre-order it right here!. Meanwhile, check out "Drip" below, right now!