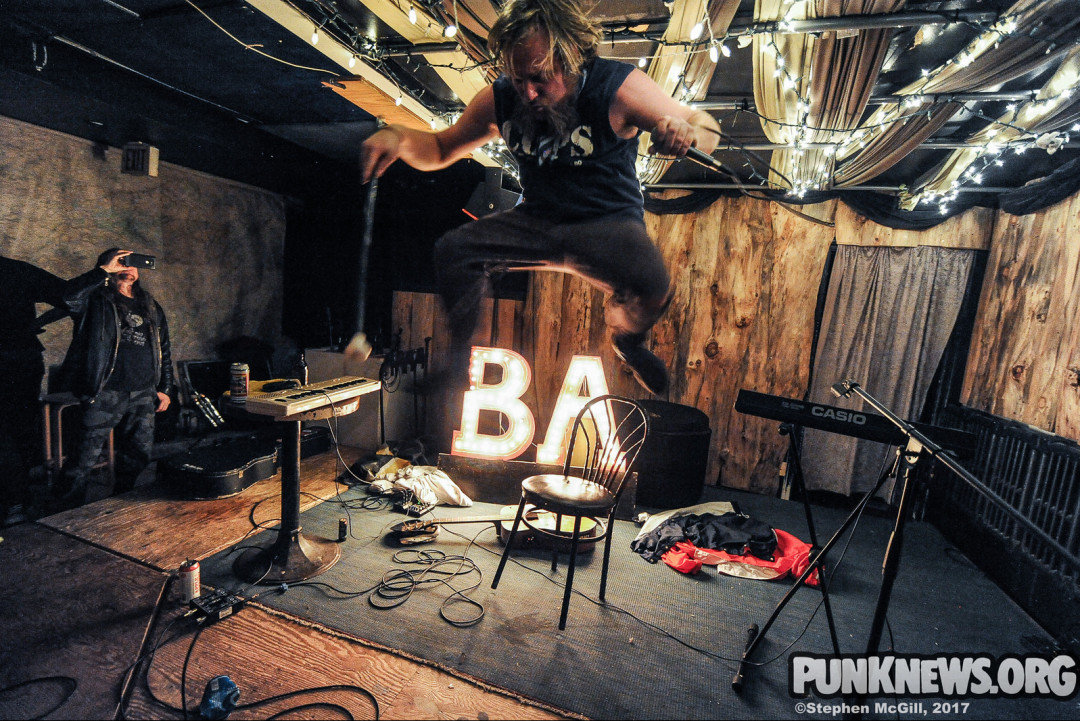 Hamilton, Ontario's "failed showman on the skids" B.A. Johnston recently took his inimitable stage show to Toronto's Junction City Music Hall. He played with support from the Ottawa-via-Peterborough noise-punk act Deathsticks and Quite Nice. BA's supporting his latest full length, the Polaris Prize long listed Gremlins III. Our photographer Stephen McGill risked his equipment to get some shots of the chaos. Check them out below.