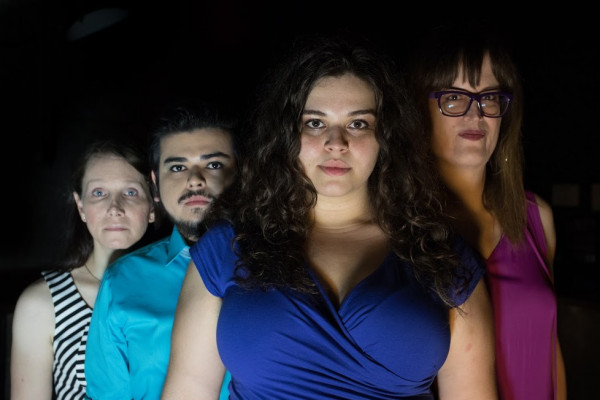 Today, Punknews is pleased to debut the new video by Giant Kitty.

""Et2YT" kicks off with a powerful twisting riff before the band breaks into some straight forward, catch punk that's reminiscent of The Distillers and the more modern War on Women. Speaking to Punknews, the band;s Miriam said, "When we play this song live, we usually introduce it by saying it is a message to everyone who found out they lived in a racist country on November 9, 2016 from the rest of us who already knew. It's a dose of reality and a call to do something about it. The video makes fun of fake right wing 'news' shows that unfortunately too many people take seriously instead of supporting good journalism."

Giant's Kitty's new album, Rampage is out January 28 and you can pre-order it right here. Meanwhile, check out the video for "Et2YT" below, right now!

Music: You Vandal: ‘I Just Want to Go Back to Hell’