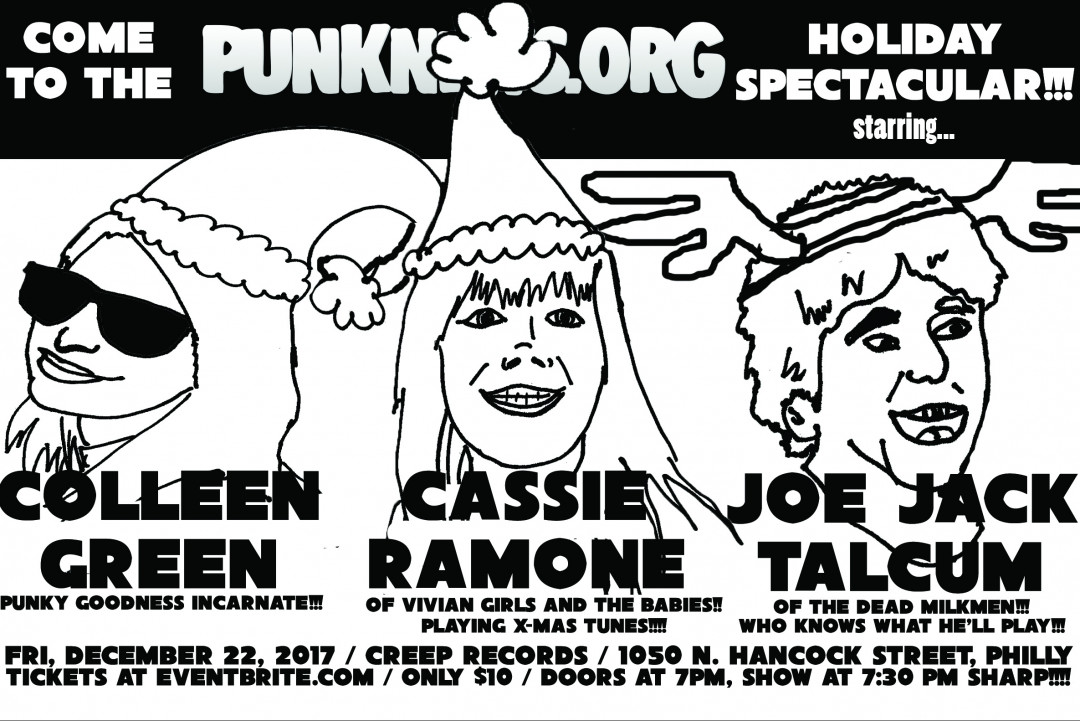 Wahooo! Happy Holidays! We are mega-excited to announce the Punknews Holiday Spectacular! And boy do we have a shindig planned!

Cassie Ramone of Vivian Girls and The Babies will be playing songs from her holiday album Christmas in Reno! Before that, Colleen Green is going to tear up the place with a solo set of pop-punk goodness! Also, at the end, Cassie and Colleen will team up for a combo set! ALSO, thee glorious Joe Jack Talcum of a little band called The Dead Milkmen will play a solo set! WHOA.

You can Get tickets here!. Also, you can check out the facebook event right here!