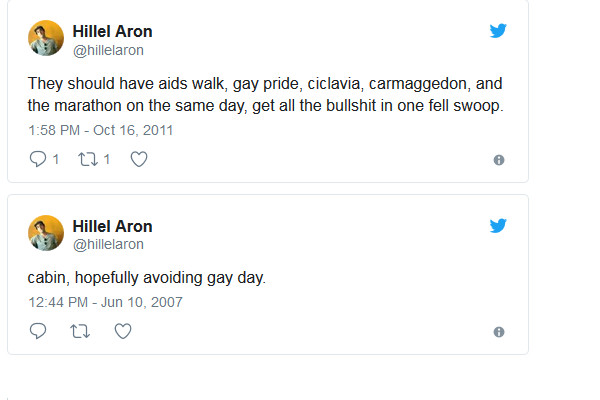 The tumult at the LA Weekly continues. Two weeks ago, the paper fired all of its editorial staff and most of its writing staff after being purchased by Semanal Media, a new corporation owned by several prominent, conservative investors. The person to coordinate the transfer by Semanal was Brian Calle, the former vice-president of the Claremont institute, an organization dedicated to "defeating progressivism" and installing conservative people in places of power and influence. The paper also put out a call for unpaid contributions, promising "exposure." Meanwhile, Henry Rollins left the paper and several large advertisers, including Amoeba records pulled out from the paper.

Well, through Calle, LA Weekly has hired its new interim editor-in-chief- Hillel Aron. Aron was previously hired as a staff writer at the paper in 2013. However, Aron's relationship with Calle predates his involvement with the paper. Apparently, Calle and Aron worked together on a television show and Calle even tried to hire Aron at the OC Register during the time that Calle oversaw the newspaper’s conservative opinion section for eight years.

Nearly as soon as Aron was hired, people did some digging into his background and found some tweets that many considered offensive. Some of Aron's tweet's include the statements: "is it gay to send a farmville valentine's gift to a dude? you're right, best to stick with chicks to be safe" ; "Wtf with high gas prices is this because our president is black?"; "They should have aids walk, gay pride, ciclavia, carmaggedon, and the marathon on the same day, get all the bullshit in one fell swoop." ;"Currently experiencing the banality of poor people"; "Listening to a discussion of fat women with small breasts"; "cabin, hopefully avoiding gay day." Spin has embedded some of the controversial tweets but we will copy and paste the text below in case the underlying tweets are deleted. Aron later released a statement saying that the tweets were an "Attempt at humor." His statement is also posted below.

They should have aids walk, gay pride, ciclavia, carmaggedon, and the marathon on the same day, get all the bullshit in one fell swoop.

is it gay to send a farmville valentine's gift to a dude? you're right, best to stick with chicks to be safe.

This karaoke has taken a feminist turn that I'm not quite comfortable with.

trying out this new transcription software. first interview was a black guy, and it completely failed. seems better with the white guy.

These tweets were bad attempts at humor. The flippant use of the words “gay,” “chick,” and “fat” was offensive, and not funny – then and now. I regret them, I’m embarrassed by them, and I wish I could take them back. I apologize to anyone they offend. On advice of a few journalists I respect, I am not deleting them, nor am I deleting any of my old tweets, in the interest of transparency.

The tweets were made seven to ten years ago, when twitter was a very different place than it is today. The intended audience was not the world but my small group of friends who represented the bulk of my followers at the time. I was also a different person back then. I was not a journalist, not an even remotely public figure and I made any number of mistakes, both online and in real life.

The question, “Do you believe the tweets are aligned with LA Weekly’s editorial mission?” is, frankly, laughable. Of course they are not. Is digging through old tweets trying to embarrass an editor of a very small alternative weekly newspaper part of Spin’s editorial mission? Apparently so.