Travis Barker in the studio with Young Thug 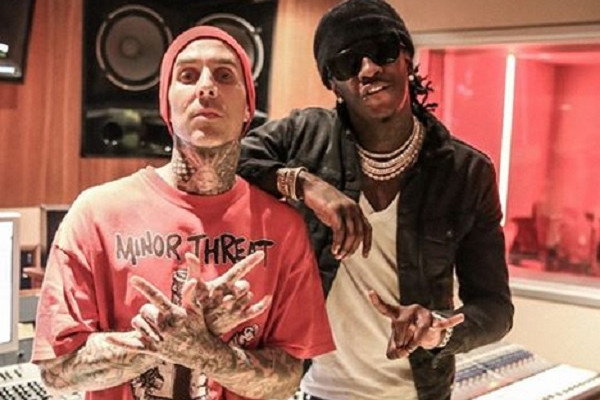 Travis Barker was recently recording tracks in the studio with Young Thug. Last Thursday, the pair worked together in an recording studio and posted some pictures on social media. Travis Barker has worked with Hip Hop artists before. His last solo album included tracks with The Neptunes, Lil Wayne, RZA, and Cypress Hill. He also released a mixtape with DJ Whoo Kid in 2011.