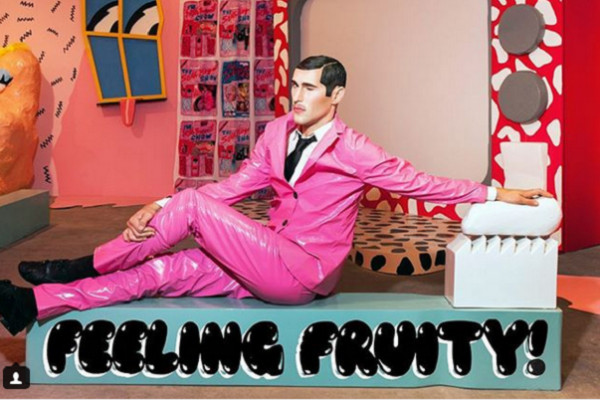 Contributed by okrawindfree, Posted by John Gentile 5 years ago

Seth Bogart, of Hunx and His Punx, has made several posts on his twitter and Instagram feed indicating he is currently working on a stage show called Feeling Fruity. According to Bogart, the show will be produced by World of Wonder - best known for the RuPaul franchise. Posing in a shiny, pink suit upon a larger-than-life tooth brush in a photo that discusses the upcoming show, Bogart reveals that he will be bringing the fun, Pee Wee’s Playhouse aesthetic often associated with his solo work to the WOW Video on demand streaming service. A premiere date has not been announced, as of yet.