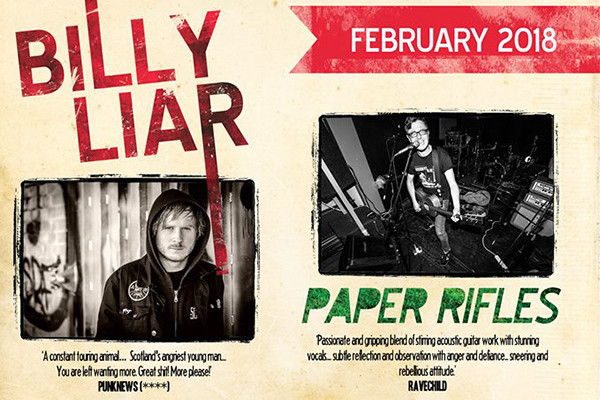 Acoustic acts Billy Liar and Paper Rifles have announced they will be heading out on a one-week tour of Germany this coming February. Billy Liar's last released the Funeral Food single (with Freddy Fudd Pucker in 2016. Whilst Paper Rifle just released a two-sing single, Faith Healer this past December, and you can check out the track "A New Midnight" from that album, as well as the tour dates, below.