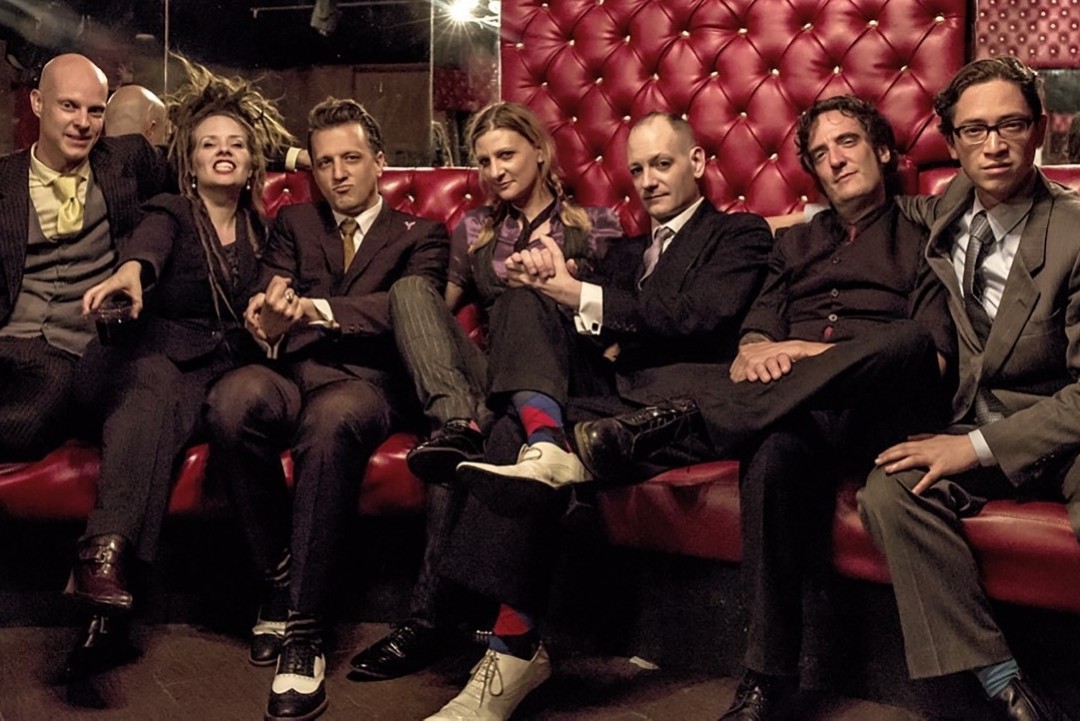 In an interview with My Central Jersey, Jack Terricloth of World/Inferno Friendship Society revealed that the band is in the middle of recording a new album. The band revealed that in addition to having already recorded several studio sessions, the band is still writing new songs. Terricloth stated "We’ve recorded, like, 30 songs for it and changed the name a dozen times. Alternative Tentacles is a little annoyed by that, not much though. Jello is a mellow fellow. We’re moving into Sandanista territory at the moment. Just last week, we were holed up in the studio to concentrate on doing some fixes and mixing but ended up writing a new song instead. Good problem to have." The band last released This Packed Funeral .