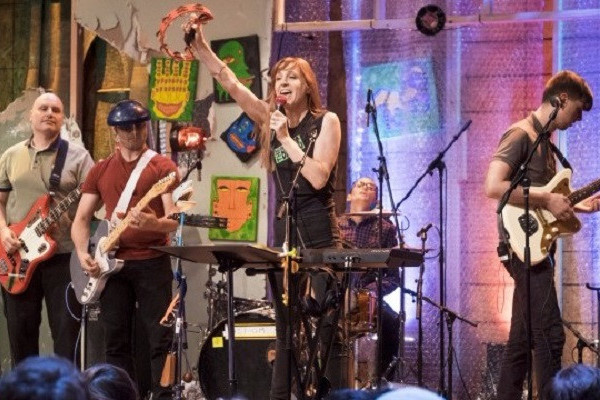 The LLC is the house band for the Chris Gethard show. The band includes Hallie of The Unlovables/Hiccup, Alex of Hiccup, and Mikey Erg of The Ergs. The show resumes March 20 on truTV. To usher in the new episodes, the LLC has recorded a new song and video. It's called "I don't give a butt." That line comes from the show's media correspondent Bethany Hall who also provides guest vocals. The band also stated that they plan on releasing a full length soon. Check out the cheeky track below.

You heard it first on The #ChrisGethardShow, now watch the official music video for I DON'T GIVE A BUTT, a new single off The LLC's upcoming full album featuring @BeeBopHall! #IDontGiveAButt pic.twitter.com/lzB54mhlAY