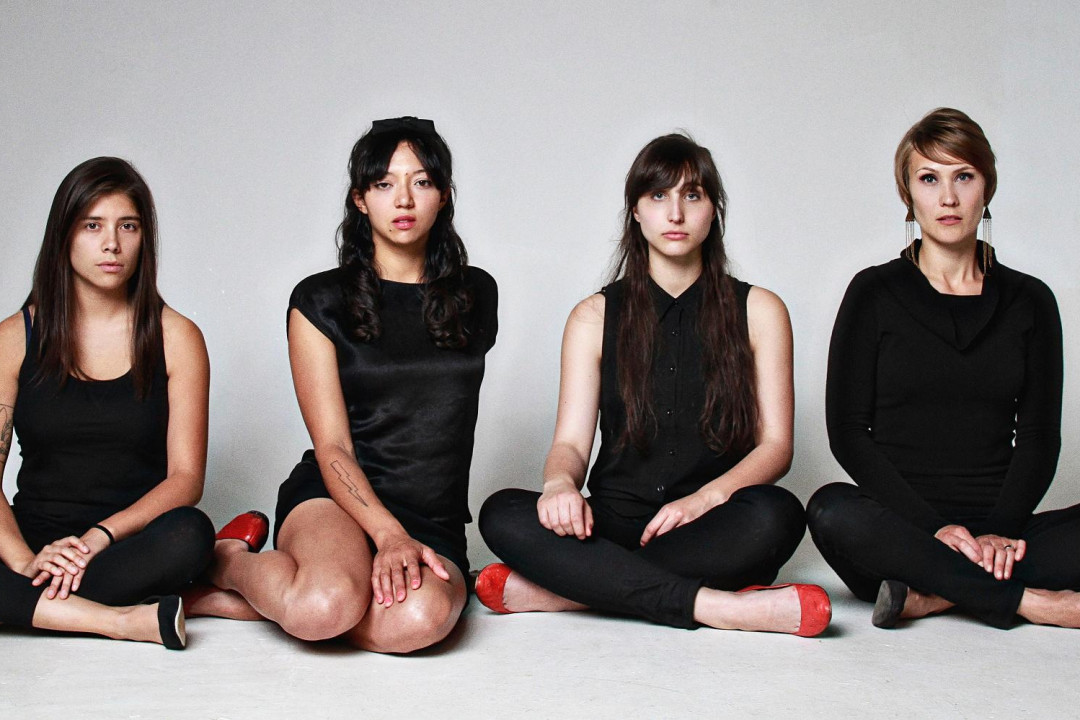 Smooth, surf rock band, La Luz, have released another song, titled, "California Finally," ahead of their upcoming Hardly Art Records' album Floating Features. The band released a video for their first single, "Cicada," last month. This will be their first album in three years, following their 2015 release Weirdo Shrine. On discussing the latest song, guitarist and singer Shana Cleveland told Bust Magazine, "We moved to California as a band right before we started work on this album, and it truly is a weird golden paradise. I really wanted this song to have the propulsive force of my favorite Velvet Underground song, 'Foggy Notion.'" La Luz has a full tour later this year to promote the upcoming record. Check out the new songs and full tour itinerary below.

Hank Wood and The Hammerheads Release Self Titled Album