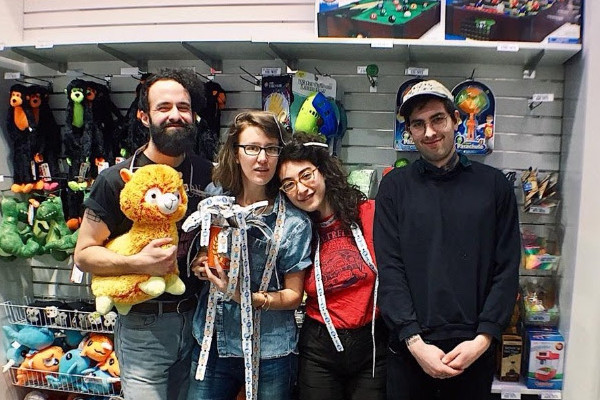 Boston-based "bummer pop" band Future Teens is hitting the road this May to support the vinyl release of their 2017 Hard Feelings LP. The album is being co-released by Take This To Heart Records and Pinebox Records. The band, consisting of bassist/vocalist Daniel Radin, drummer Dylan Vadakin, guitarist Nick Cortezi, and guitarist Amy Hoffman, started out playing at a 4th of July barbeque in 2014. Their debut EP Still Afraid of Allston was released in April 2015. Tour dates listed below: