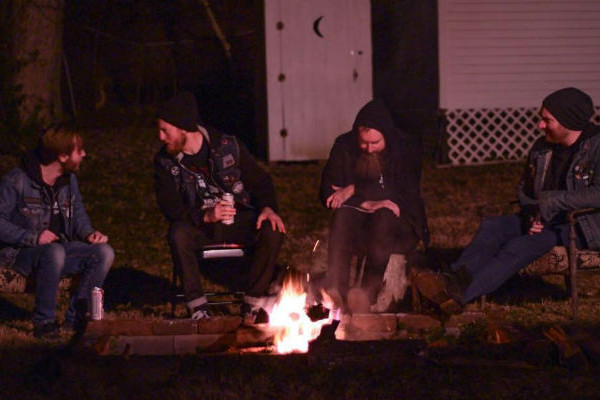 North Carolina's Wolves&Wolves&Wolves&Wolves are releasing the single for their song "Excommunicate Me" April 1 via their Bandcamp page. In addition to "Excommunicate Me" it will also include an acoustic version of "Black Drink Singer" as well as the song "Paradise is Burning." The release was mentioned here at PunkNews accompanying a video for the song that was released in March. Their last release was the 2016 Wiretap Records LP The Cross and the Switchblade. The band is currently wrapping up a tour of the U.S. with Bad Idols