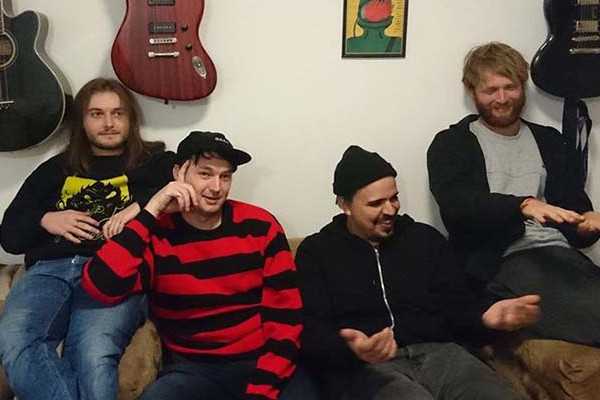 Last week Punknews reported that London's Laserchrist had debuted their first two songs via their Soundcloud page. Now we are extremely excited to premiere "What's the Use?," another new track from the band's forthcoming debut EP.

Laserchrist's formation is an interesting story- three of the four members are originally from South Africa and over the years have moved to London one by one, bringing their punk stylings to the northern hemisphere along with them. Featuring former members of Bat Wings and Paperjets (Yusuf, on drums, still also plays with London indie act Crash Island), they have a lot of experience under their belts. The band describes their sound as "Leatherface and Iron Chic meet The Smashing Pumpkins and Pixies" and, having gotten a listen to their new EP in full, I'd have to agree that their description is spot on. Catchy and fun, raw when needed, plenty of backing vocals, the works!

The new EP releases next Tusday, April 10th. For now you can listen to the new track below and, if you like what you hear, you can head over to their Bandcamp page to preorder the album (it will also be available on Spotify and iTunes the day of release).

Videos: The Get Up Kids: “Maybe”