Photos: METZ & Chastity at the Ashburn Green Barn in Whitby 04/13 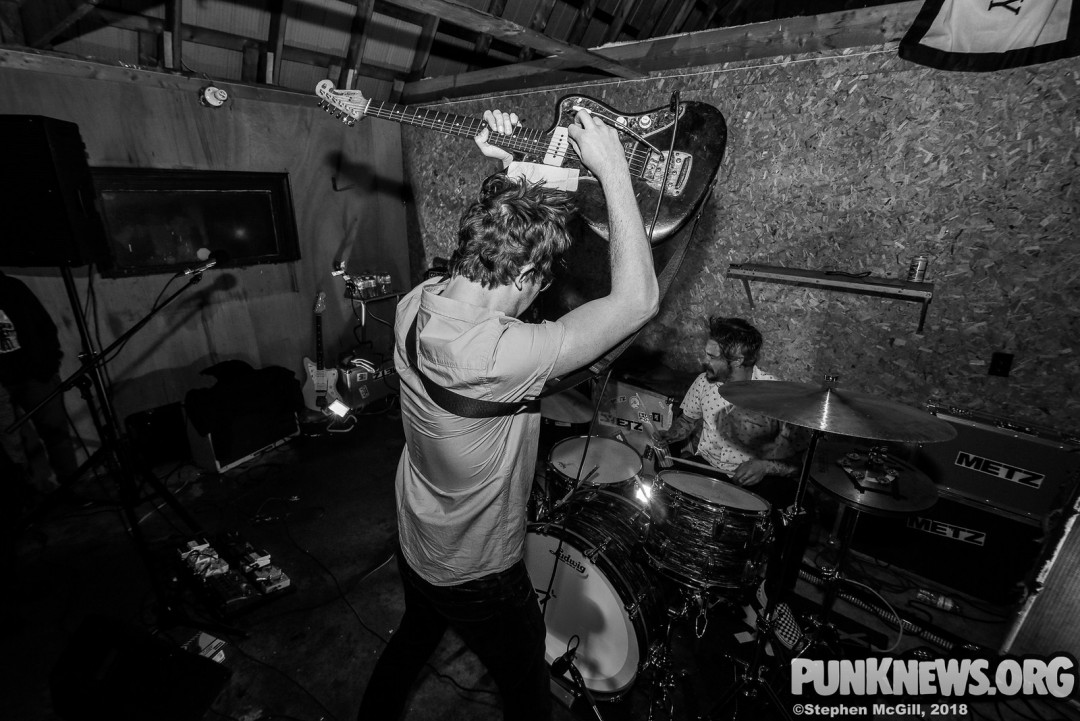 Last weekend Toronto noise-punk pioneers METZ joined the up and coming Whitby, Ontario punk act Chastity for a special show in a local barn. This is the second high profile band that Chastity's brought out to the rural setting, with PUP having earlier played the space. METZ is supporting their latest record Strange Peace while Chastity's gearing up for the release of their debut full length Death Lust on Captured Tracks this July. Our photographer Stephen McGill got out of the big city to document the evening. You can check his shots below.