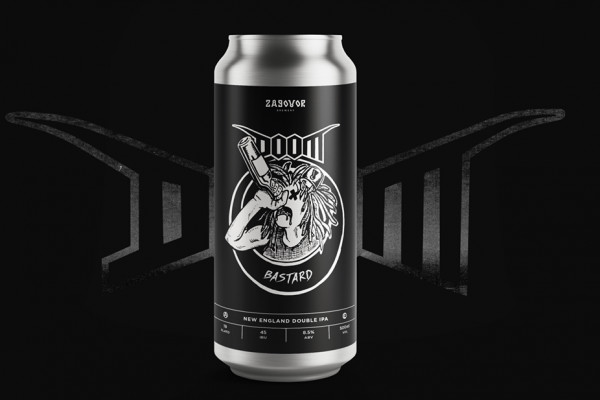 English hardcore punk/crust band Doom have released a beer in Russia. It's called "DOOM Bastard" and is an Oat New England Double IPA with 8.5% ABV. The brew is described as " hopped to death with finest Motueka, encrusted with Citra and Simcoe lupulin powder. It is a hop explosion in your face, quite dangerous and very addictive. Drink from the can and drink it fresh." Right now it's only in Russia, but will be sent to Berlin in the future and will also be on exhibit at MBCC in Copenhagen.