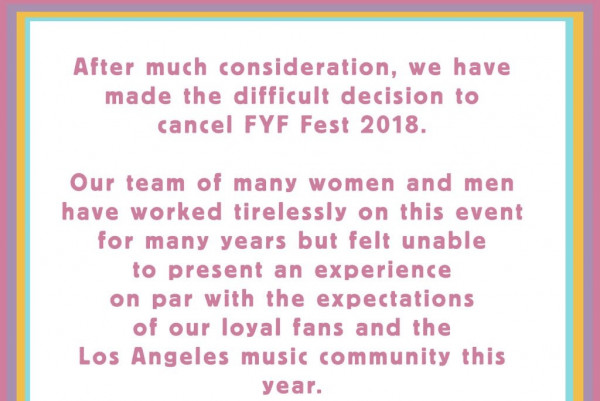 Promoter Goldenvoice has canceled FYF fest 2018, citing low ticket sales. Headliners slated to perform were Janet Jackson, Florence and the Machine, My Bloody Valentine, St. Vincent, the xx, Charlotte Gainsbourg, Future, and more. This is the first year without an FYF since it started in 2004. Notably, the festival was plagued with issues related to founder Sean Carlson being accused of sexual assault, which surfaced in November 2017.