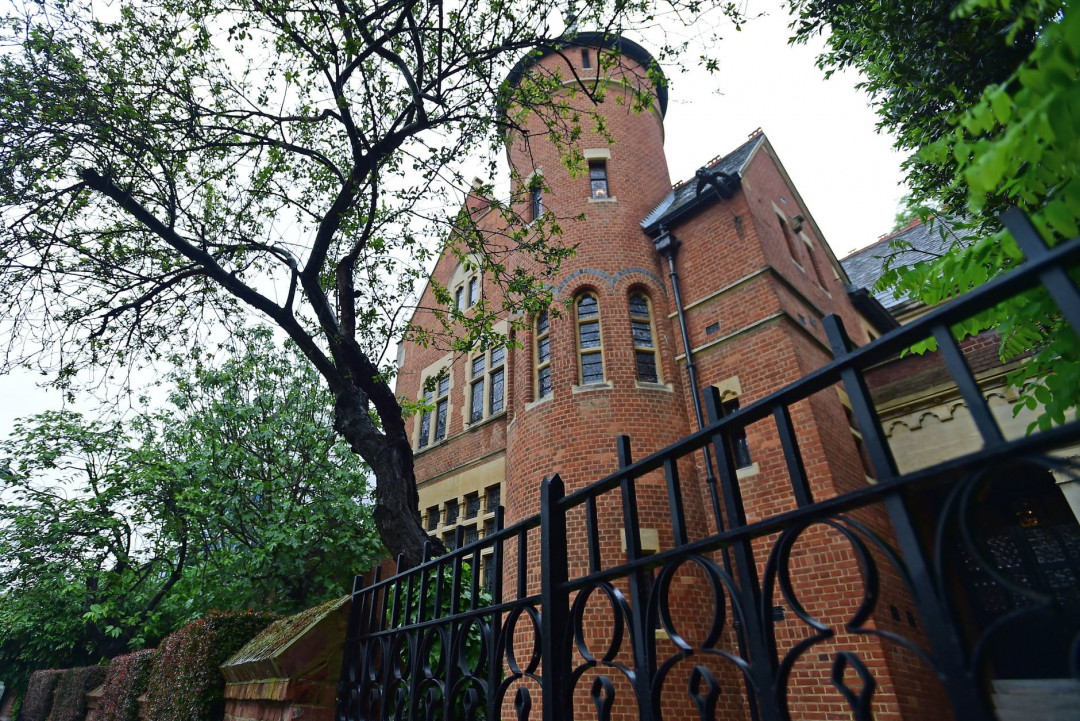 As reported by the Guardian, Led Zeppelin's Jimmy Page and Robbie Williams are in a dispute over a pool. About five years ago, Williams bought a 23 million dollar mansion, which happened to be right next to Jimmy Page's house. Since then, Williams has wanted to conduct a series of renovations, but Page has objected to the town committee, stating that Williams' proposed modification will damage his Grade I-listed mansion, Tower House. (That's Tower House in this article's picture).

Most recently, Williams wanted to install a large underground pool at his house. Page objected to this, stating at the town hall, "I’m here to plead that you take all necessary measures to protect the Tower House from the threat of harm it faces.” So far, Williams' builders have previously been ordered to pay about ten thousand dollars for breaching noise regulations during their work at his home. Page also stated that his opposition was rooted in the fact that he sees it as his duty to protect Tower House, Page said, "There were many things that were said that I found really encouraging [at the hearing]. I have been the custodian of the house and on my watch I feel that I have got to do everything with all these sorts of haphazard things … that really it’s my duty while it’s my watch. I’m only the custodian, to pass it on to the next person in the same way I bought it from Richard Harris."