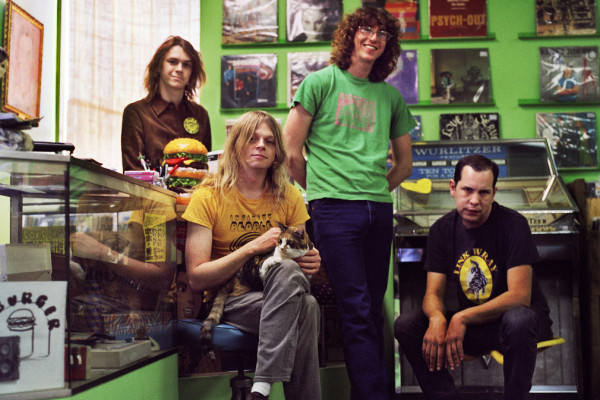 Burger Records is the label/record store in Fullerton, California that has released over 1200 cassette titles as well many CDs and records. They also host several annual festivals including the upcoming Burger Boogaloo in Oakland which will include performances from The Damned, Devo and The Dwarves.

Well, things must be going well in cassette land because today the label/store is expanding its operation. The expanded store now includes an expanded selection of records as well as a large selection of obscure sci-fi/horror VHS from the 60s, 70s and 80s. The store also has a boutique inside the store curated by Wyatt Shears of The Garden and Ashley Clue of Cowgirl Clue called Sketchy Cowgirl. The floor is grass.

As of today, the store has been open 3,178 days straight. It's located at 645 S. State College Boulevard, State College, California.

Tours: Against Me!/Ted Leo And The Pharmacists (Denver)