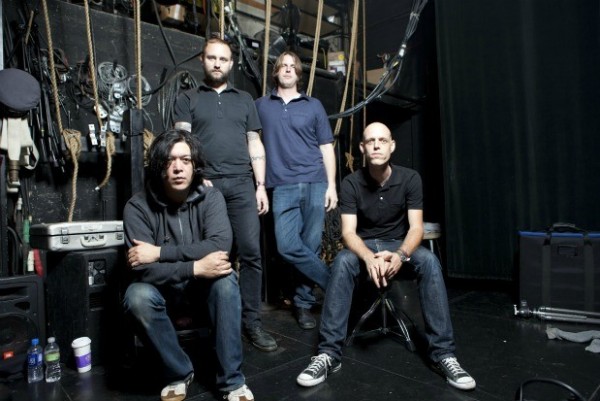 After a few mishaps, and many questions being lost in transit, we finally got a short interview with Blair, John, and Adam of The Jealous Sound.

Who are you, and what do you do in this band?
Blair Shehan….guitar and vocals.
John McGinnis….bass guitar, backing vocals
Adam Wade….drums

Describe your band to my grandparents.
Blair: (haha) Oh no….
Adam: You know, it's like rock and roll.

Tell your best tour story. Bonus points for nudity.
I was actually thinking about this the other day. (Adam chimes in saying "Henry Rollins loaded up our gear once in Jawbox. He thought we were going too slow"). Kumar (Mr. Littlejeans) introducing us in San Francisco at Bottom of the Hill was pretty damn cool.

If you could prevent one death, would it be Kurt Cobain's or John Lennon's, and why?
John Lennon…because he's John Lennon!

What's the biggest mistake you've ever made in your life?
John: That's for me to know and you to find out.
Adam: Get to know me a little better.

What was the first thing you've ever stolen?
Blair: I stole a new-wave broach when I was in junior high.

What was the second record you ever bought?
Blair: Wow, that is a tough question. I think it was 7 Seconds, "Walk Together, Rock Together". I was probably 15.

Who can't you get out of your stereo recently?
Blair: Probably that first Belle and Sebastian record, "If You're Feeling Sinister".
Adam: Venus and Mars by Paul McCartney
John: This little gremlin named Mogwai. He won't leave.

This is a free space, like in Bingo - write whatever you want here.
Thanks. San Diego was fun. We're off to Arizona. Hope to see you soon! Send a postcard.

Attention: How to Look Cool in Crowded Areas