Back From Hell with Satanic Surfers 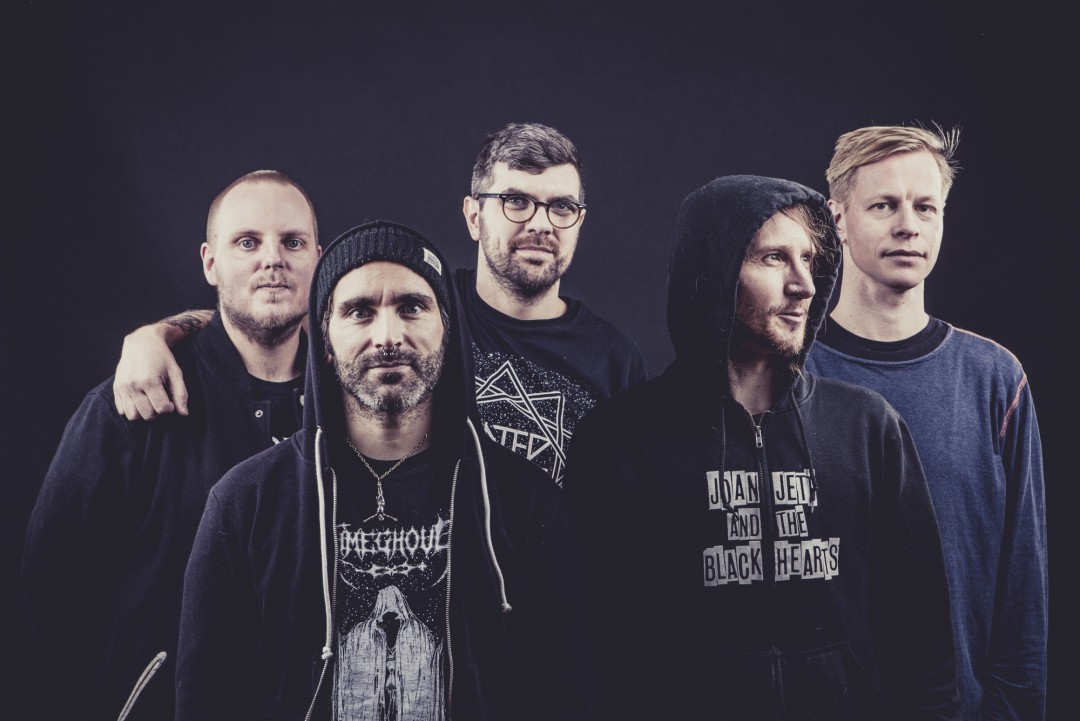 by Samantha Barrett Interviews 2 years ago

Forming almost three decades ago in Sweden, Satanic Surfers have been serving up hard driving and melodic punk. After disbanding in 2007, the band returned for a few festivals in 2015. After making their return, Satanic Surfers released their new album Back From Hell in April of 2018. Back From Hell picks up right from where the band left off, which combines their classic fast and technical brand of skatepunk. While the release doesn’t abandon their classic sound, the album shows off a matured worldview. Punknews contributor Christopher Barrett got a chance to chat with guitarist Magnus Blixtberg about their reunion, writing a new record, trying to tour on a more part-time basis, and what he looked forward to with their upcoming appearance at the 77’ Montreal Festival later this month.

Then I guess it is a fair question to ask that after you guys disbanded in 2007, how did the reunion materialize? Was it something you always though would happen, or was it when you guys disbanded did you think that you were done for good?
Well when we disbanded, I definitely thought we were done for good. It took a couple of years, we started thinking about it around 2013 or something. The other guys was playing in other bands or touring, and doing stuff like that. Rodrigo was in Atlas Losing Grip. I played in a few bands, but mainly I played local shows and maybe recorded a demo. I really missed touring, and I wanted to get out there and tour again. After a while I started to talk to Rodrigo about it, probably in 2014. It would be fun to get back together and play. He mentioned that we had some offers to play some festivals and something from Canada. I think it was an Canadian offer from Montebello Rockfest and we said let's go for it! That is how it happened. I mean Rodrigo and I had a couple of meetings just to talk about it and to see who was going to be in the band. We had several different line ups throughout the years so that took a while.

So that leads into your new album, Back From Hell came out this year in April. Did you guys write the entire album after you reunited or were there some songs that you wrote before disbanding and used it later on for this album?
They were all new songs, nothing from before. We did like 20 shows or something like that in 2015 before we got back together. After that summer we were just talking about and asking what were we going to do now? Are we going to continue playing together or are we going to split? I didn't think we wanted to stop playing, and we had a lot of fun that summer. Rodrigo mentioned that he had some ideas for some songs. He always writes music for whatever he’s doing. Anything grom hardcore or death metal to just melodic punk. He always has a lot of riffs, so he just started showing us songs one by one. I think we started rehearsing them in the fall of 2015, and it has been quite a long process in getting everything together. I know as a fan of music, if a band reunites I ask myself if I want to hear new music from them? Do I only like the old stuff? We were kinda nervous to start writing a new record. When we wrote the album, it took us about 2 years before heading to the studio.

Oh wow! It definitely was an ongoing process getting it together with this one.
Nowadays especially, we work and a few of us have kids. It takes a lot of time to get things together. Before we just played music and was together 3-4 times a week. We would rehearse and do everything, but now with our families, jobs, and everything it takes a long time to get everything together. The music is one thing but when it comes to writing lyrics it takes a while and it's a long process. We are still occasionally doing shows and go out on tour, but still it took two years. I think it was worth it.

That is awesome and actually it’s perfect. In regards to my next question, I am glad you led with that because you sort of touched on it by talking about the Satanic Surfers/life balance. One of the things that fascinates me about Scandinavia in general are your generous economic and quality of life perks. Some people may be under the impression that bands like yours could receive some type of government support in the form of a grant for music or the arts. Is that possible for you guys, or is it still a more DIY ethos with regards to that there?
You could apply for something like that, that is mostly for new bands and if you want to record an album you can apply for a grant so you can get money for recording. We have never done that. I think it is mostly new bands or bands without the money or new bands without a record company paying for it. Now in days we paid for this recording ourselves. I guess that is the reality now. I don't think it is that much money from the government well not in Sweden anyways.

Since we’re touching on that, how was self releasing the album in terms of getting the money together and everything for the album. Was that something that you had to take the time and made the process in putting out the album longer, or was it about the songwriting in getting all of that together?
It was mostly the songwriting. We recorded at a friends recording studio at a really good price. It wasn't that expensive to record. We did it quite fast as well. We recorded it in just a couple of weeks at least the music, the vocals were done on a different session. I think it was mostly the song writing. It took a long time you know. We had like 16 songs. We just had to decide on which songs we wanted to work on and what songs we wanted to record. It just took a long time. I don’t know, but it is hard when you have jobs, the weeks and the months they just go by. 6 months have gone by and nothing really happened. It was mostly the song writing.

So It just starts adding up after a while. “Oh we have not done anything, are we going to get together”?
We recorded September/October last yeah maybe November too. We were talking about recording in May or June of last year. Somehow things just got postponed, no shows happened in the summer of 2017 because we were going to record the album then nothing happened. It is kinda weird, you have all of this time but it is hard to get five people together in a room, and that is the thing. Most of the guys in the band have other bands, and they try to do the same thing in different bands. Everyone got a million things to do. It is very different then when we were around doing nothing, this is something else now.

So the work band life dynamic now as you mentioned, with all of the bands, work, and the fact that two of you have kids. I guess that Satanic Surfers is what they are now. Is just going to be sporadic touring from now on maybe you might be able to put some more stuff out in the future, like that?
Yeah! We have to work around our drummer since he is a teacher, and in turn we need to work around his schedule. So when he has his holidays, we will try to book some tours, and that is what we did this spring. We have to work around when he is free. The rest of us kinda freelance and stuff so we can work on it whenever we want to, but since his schedule is more strict so touring is definitely going to be more sporadic. It has been this way since we got back together. The only tours that we have done is probably a South American tour otherwise it is just 3 or 4 shows here and there, some festival shows and we will just fly back home. I think, that is what it is going to be from now on. Back in the 90’s we were out for five or six weeks at a time. I don't think we would survive that in our 40’s.

Sounds like it is not like it used to be. Things like that catches up real quick.
Definitely!
I think that it is a blessing that the rest of us does not have that type of schedule, just our drummer. If we had two or three people with that schedule then touring wouldn't work at all, since it would be hard to do. I think everyone wants to play and go on tour so we kinda want to make it happen, somehow. You just have to do it. We’re having fun.

One of the things I am excited about this summer is the fact you guys are playing 77 Montreal up in Canada in July. What are you looking forward to the most with the festival coming up?
For me probably getting to see from friends in Montreal. Probably the biggest thing about it. I haven't been back to Canada since 2002, besides playing Rockfest in 2015. Back in the 90s we were always there playing or in Montreal just to hang out. Just want to get back to the city for a few days. I think me and my girlfriend will be there for a week, just to hang out. That might be the main thing but there are some great bands playing too so that will be fun.

Anyone specifically on the line up that you have not played with or you are stoked to play with coming up?
For sure it’s Suicidal Tendencies and Sick Of It All. I really like them, and I have seen them a bunch of times.

Since your touring is sporatic, are there anymore possible dates in the US or Canada, possible?
We would like to try for Canada again next year. As for the US I have no idea, especially if any US promoter wants to book us! It is really hard for us to get to the US… I don’t know why. We went to Canada for the first time in 1996 and it has always been great. The US have been very hard to us to get there, and we have never played in the US but we would love to do it. If that could happen we would love to do it.

I didn’t realize you guys have never played the US. That is crazy to think, and even considering the 90’s?
Yeah. I think we have been to Canada seven times, but never in the US. It never worked out. Hopefully next year?

What do you want people to know most about the album?
I just want people to hear the album. We put at least three years into the album. I feared that it was just going to be forgotten, or nobody wanted to listen to it, or they just want to listen to the old songs. I hope that people are listening to the album, and I think it is our best work. Enjoy it and come to the shows even though we may not come to the US.