What's on YOUR turntable? 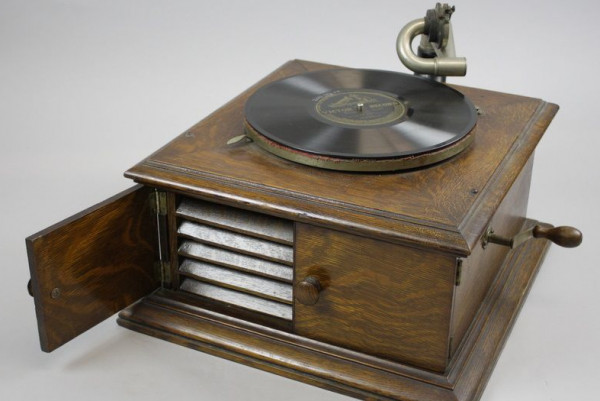 What's on YOUR turntable is a semi-regular feature where the Punknews staff writes about the tunes that we've been playing around the Punknews hovercraft office. Sometimes we'll fawn over new stuff, sometimes will bust out the classic, and sometimes we'll dig up seemingly forgotten rarities. You can see what we've been digging below, and by all means, post jams that you're into right now in the comment section.

SNFU – In The Meantime and In Between Time

Brooklin, Ontario’s Chase The Glory Tattoo Tattoos & Records has slowly been reissuing everything by the SNFU that’s not nailed down by Epitaph. I recently got my remastered copy of In The Meantime And In Between Time on mint green vinyl in the mail. Originally released in 2004, this would prove to be the last album with original songwriter and guitarist Marc Belke but he went out with a hell of a bang. This record contains some of SNFU’s finest songs. Catchy as fuck lead off track “Cockatoo Quill” was an instant SNFU classic upon release with it’s catchy chorus, barreling drums and Chi Pig’s signature quirky lyrics. Chi’s dark, twisted and often-bizarre lyrics shine throughout this record. Whether he is singing about addiction (his own or someone else’s), art or culture, we get a glimpse into Chi Pig’s twisted mind. The remastering done here isn’t particularly noticeable but the album sounded great in 2004 so if it ain’t broke… The band plays as a cohesive beast on every song with the drums being nice and snappy at the forefront, weird guitar parts blending smoothly with the buzzsaw melody and Chi’s voice strong, not yet ravaged by his addiction. This is one of SNFU’s absolute best offerings and it’s nice to see it get the love it deserves via Chase The Glory and Rake Records. -Jefftommy

Especially since seeing them at Punk Rock Bowling this year, I have slowly been building up my Cobra Skulls vinyl collection. Recently, my white/first pressing of their Never Be A Machine 7-inch arrived in the mail. The EP contains two of some of band’s most notable tunes like the title track and the “Cobralectric” version of their ballad “The Streets Of Cairo,” plus the underrated track “Lost In Campaigns.” Just a couple of months ago this release turned ten years old and still very much holds up today. If you need a quick fix of Cobra Skulls, the Never Be A Machine 7-inch is a great go-to EP to spin. Suggested Song: “The Streets Of Cairo (Cobralectric)” -Ricky Frankel

I bought this collection of outtakes and rarities when it came out as a 3xCD release back in 2006 and it instantly became my favorite Tom Waits album. So I was super excited when I bought it on vinyl, as 3 separate albums, on record store day this year. Orphans contains 56 songs that span the spectrum of various styles that Waits has explored over his 45 year career. It’s amazing to me that these songs were leftovers; tunes that were recorded or re-recorded, but didn’t quite fit the mold of a proper release. Most of the songs on Orphans were beautifully written by Waits and his wife, Kathleen Brennan, who have a knack for melody and vivid imagery. No one writes a song like these two. I learn something new everytime I listen to a Waits/Brennan song, whether it’s about culture or history or politics or songwriting or love or life; and that can happen all within one song. While my favorite tunes on this massive release are the beautiful ballads written by Waits and his wife, it’s really cool to hear reworked versions of Ramones songs (“The Return of Jackie and Judy” and “Danny Says”), Daniel Johnston (“King Kong”), and Jack Kerouac (“Home I’ll Never Be” and “On The Road”) among other cover songs. Tom Waits is an enigma when it comes to musicians. He does whatever the hell he wants and I love that about him. He obviously isn’t a punk rocker, but in my eyes, he’s way more punk than you and me. -Pete Vincelli

Fountains of Wayne began cultivating their cult following in the late 90’s with their sunny brand of ultra-catchy pop rock. Out of their fairly sparse catalog, their sophomore effort, Utopia Parkway to this day remains their best work. Every year around this time, I find myself putting this one back into rotation, as it is a summer record, through and through. The whole album has a bright, warm sound to it that pops out of the speakers like rays of sunshine. And the stories within are, as per usual with FOW, full of mundane realities that can be all too familiar to most, delightfully delivered with charming tongue-in-cheek wit. The beach, parades, trying to catch the girl you like, going to the mall (we’re still pre-millennium here, folks); it’s as if they called 17 year old Me and asked how my summer went. And for some unknown and likely very disturbing reason, I still love reliving that.-Chris DC

I recently went away for a week and expected to come home to bills and parking tickets. In the pile of mail awaiting my return was an envelope with my handwritten address on it. I didn’t recognize the sender, but opened it to find a short note and sticker from Roger Harvey, punk rock socialist troubadour. It hinted at new recordings and a simple ask to see where you place the sticker. Roger Harvey’s Two Coyotes was one of my favorite records last year. Since its release, he’s been fairly steady on the road including with “Roger Harvey & Family” shows where the stage is shared by top tier songwriters from the various cities he’s hosted them in. I’ve also seen through his social media that he’s contemplating recording his cover of Kacey Musgraves’ “Burn One With John Prine.” Here’s hoping those recordings he mentioned in the letter include that. Cemetery Tapes captured his Philadelphia family show and is great watch until then. -Eric Rosso

I'll admit it- I am on the fence over G.I.S.M. At least in the Philly area, there has been somewhat of a resurgence in the popularity of the legendary Japanese Burning Spirits bands- G.I.S.M., Zouo, Gauze, and a few others. And of course, at the grand altar is the hallowed record by G.I.S.M. Detestation. To the Occidental ear, the record is a bizarre mash of crust punk, glam metal, Captain Beefheart word clippings, and seemingly random sounddrops. Through the record, the band yells at seemingly random marks, changes accents, plays Motley Crue style solos, and even burps into the mic as they rip through some storming riffs that could challenge a lot of Slayer and Crass material. Sometimes it comes off as truly dark and sometimes it seems downright comical. Are the unexpected burps, injected during a stream of consciousness rant about the evils of global corporations, supposed to funny? Frankly, I really don't know. Meanwhile, the lyrics do descend into cliche here and there- but maybe that's on purpose? Maybe the translation isn't as important as is the idea of ramming words against each other to create bizarre new phrase Chimeras? Is this a spiraling, twisted masterpiece as many, many deep-punkers have claimed, or is it a misfire that somehow became the emperor's new clothes? Frankly, I haven't decided myself, but after about 5 listens, I am still very, very intrigued… so, that suggests there's more here than meets the ear… -John Gentile