An overview of Gearhead Records 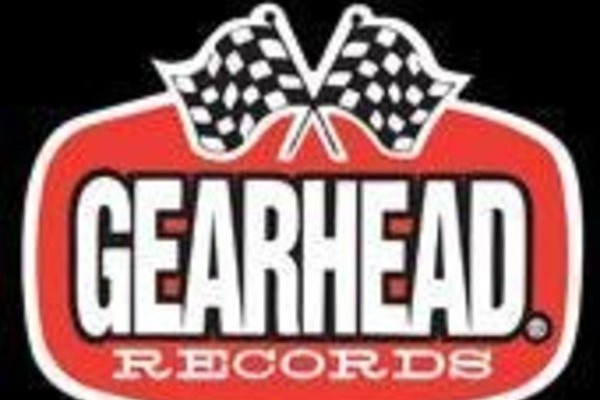 Sometimes you come across a story that deserves telling. That's the case with the rise and fall and rise of Gearhead Records. Tom Trauma caught up with founder Rev. Michelle Haunold Lorenz to talk about the highs and lows, and challenges of being a woman running an indie punk label. He also gets the scoop on the upcoming Gearfest in Sacramento on Saturday, September 29th.

The Birth, Death and Resurrection of Gearhead Records

Gearhead Records was founded in 1999 by Rev. Michelle Haunold Lorenz as an offshoot of Gearhead magazine. The print publication was a lifestyle magazine devoted to hot rods, punk rock and the type of art that those audiences appreciate. The label shared much of the same aesthetic. It was gritty punk and garage rock for folks who weren’t afraid to get a little dirt under their fingernails. It was also a natural fit. Haunold Lorenz had a background in the music business, having previously worked in distribution and as a DJ. She also had a strong desire to share her favorite underground bands with the rest of the world.

She certainly succeeded in that regard. Gearhead went on to release albums by now familiar names like New Bomb Turks, The Hellacopters, Turbo A.C.s, The Wildhearts, Riverboat Gamblers, NRA and many more. They were also the label directly responsible for breaking The Hives in the US, and undoubtedly had a hand in the garage rock revival of the early 2000s. The Gearhead Records story is about success and failure. It’s about passion and perseverance. It’s ultimately about getting knocked down, but also getting back up.

The first Gearhead release came in 2000, at a strange time for the record business. After huge physical music sales in the 1990s, digital media was starting to take hold. It was a challenging time to start a label. Haunold Lorenz says, “Nothing around starting this label made sense. I have always loved the physical stuff. I like being able to touch and smell and read stuff. I guess it reminds me of when I was a kid laying on the floor letting the music flow over me and reading all the liner notes and looking at the pictures. So for me, there was no question about putting out physical product. I love records, and I wanted to make records for other people to enjoy. It was that simple.”

Gearhead Records had a great deal of early success. “Our peak year in terms of sales was 2002, when The Hives were exploding. The Hellacopters also came out that year. That bled into 2003 when the Gamblers and New Bomb Turks records came out, and in those two years, I put out almost 20 records. It was insane, but really fun. I was shipping out of my house at that point, and I had built up all these mazes around my living room with the stacks of CDs and Records just so I could move around”, Haunold Lorenz recalls.

The Hellacopters - “Hopeless Case of a Kid in Denial”

“I had lost my full time job in 2001 when my distributor Valley Media went bankrupt. That luckily coincided with how busy the label was, and so I’ve done Gearhead full time since then. Sort of by accident, which seems to be how much of my decisions around the label happen,” she adds.

Being a female running a label posed its own set of challenges. Haunold Lorenz explains, “People think that punk rock is so egalitarian, but I got a lot of flack being a girl in the scene and very little respect. One time, I was trying to do a photo shoot with The Lords of Altamont before a show and this jerk kept trying to grab me and kiss me. He kept saying, ‘let me show you how it’s done baby.’ You get used to guys thinking you’re just window dressing or there to bang the band, so I ignored him and kept trying to take the pictures. Finally, God bless him, Jake [Cavaliere], the singer, went over to the guy and said, ‘Dude, that’s our record label, leave her alone.’ I’ll never forget the look of shock and awe on the guy’s face. It was priceless. He apologized and backed off and let me work. That sort of stuff happened all the time.”

The White Barons - “Drank Myself Back (to You)”

After a decade of running both the label and the magazine, Haunold Lorenz found herself physically, spiritually, emotionally and financially exhausted. It appeared that the ever fickel music business had claimed another casualty. Gearhead Magazine ceased production in 2008, and Gearhead Records followed in 2010. “After I filed for bankruptcy, I felt like the whole world had crashed down on me. I was drained and had zero creative spark left. I didn’t even want to put a record on. I was that burned out. That’s when I knew I had to stop,” she says.

She also had to learn to take better care of herself. That led her on a spiritual journey that resulted in her becoming a reverend. “After I put the label on ice, I knew I needed to find that passion again, which is how I ended up on this spiritual path. I really had lost sight of what I wanted for myself, so I started taking meditation classes and one class led to another, and eventually, I had taken all the classes required by the Church of Divine Man seminary to become a minister! I didn’t start out to do that, again, it was kind of an accident, but like with the record label, just following my passion ended up leading me to this new part of myself. It helped me bring some much needed balance and clarity back into my life,” she explains.

Eventually, pieces started falling back into place for a comeback. “In 2013, a couple things happened. I had to take my former business partner to court to deal with fraud and brand damage. I ended up winning and all his rights to the brand were revoked and given to me 100%. The day I won that case, I also coincidentally sold my house, which cleared out the remaining debt from the bankruptcy. All of the sudden I was at ground zero. It was the most amazing feeling in the world. I just knew at that moment, I had to bring everything back. It just felt like it was time to crank it all back up again, and so I trusted that gut feeling and just went for it,” Haunold Lorenz recalls.

Gearhead Enterprises is officially back from the dead, and once again Haunold Lorenz is a one woman show. There are new issues of the magazine, new records, and a revived line of apparel too.

The second time around she is older and wiser, and her eyes are wide open. She learned a lifetime’s worth of lessons from her previous experience. “I made so many mistakes the first time around. So now, despite being bowled over by a band and wanting to put their record out, I have to see that it is going to sell. I used to do whatever the band wanted, but now it’s about what I want to achieve. The band has to be involved in promoting their music, which is way easier now with social media! It really has to be a partnership. I work alone out of my house now, so that keeps the overhead down,” she says.

Haunold Lorenz continues, “I never used to weigh whether the cost was worth it when I would consider a project, and now I’m super careful about what I chose to spend money on. And everything is paid for in cash. I don’t use a credit card unless I absolutely have to. So if I don’t have the money, or can’t raise it doing a Kickstarter campaign, then I don’t do the project. It’s a little sad that I can’t just follow my creative gut like I used to , but bankruptcy was pretty traumatic, I don’t want to go down that path again, so I’m a lot more careful now.”

Over the last two decades it has gotten a little bit easier for a woman running a label, but maybe not for the reasons you expect. Haunold Lorenz shares, “It’s still a heavily male dominated field, but I think the difference that I see with the younger kids is it is easier for women to release their own music because so much of the recording and technical work can be done at home with all the great new technology that’s available.”

Haunold Lorenz still has a passion for live music too, as displayed by her (almost) anual Gearfest. This year’s Gearfest will take place at The Blue Lamp in Sacramento, CA on Saturday September 29th from noon to 7pm. There will be live performances from Fur Dixon, The Woolly Bandits, TILLI, Infamous Swanks and Color TV. The event will also feature a custom car show, a tattoo expo and food trucks.

CJ Ramone will be the guest of honor, and he will be hanging around for photos and autographs. Haunold Lorenz gushes, “He’ll be one of the judges for the Ms. Gearhead contest too. He’s a great guy, and has been a long-time fan of Gearhead, so I’m thrilled he’ll be joining us for the party! He even got Fender to donate a bass guitar to raffle off to help raise money for the SPCA, who is the recipient of this year’s fundraiser!” Gearfest will raise money for the Sacramento SPCA Behavior Department.

Mensen - “One Minute Away”

The most interesting event of Gearfest might just be the Ms. Gearhead contest, which turns the idea of a traditional pin up competition on its head. The Ms. Gearhead contest has nothing to do with the way the woman looks, it's all about her character and her creative pursuits. In other words, it celebrates the brain not the body. Haunold Lorenz explains, “I’m not the typical girl that hangs around bands waiting to be noticed. I have always been involved in the scene since the beginning, either writing, DJing or putting on shows. I was sure there had to be other women out there doing their thing, quietly in the background, contributing to the scene and following their passion. I wanted to bring girls like that to the forefront, to validate other women like me who just go for it.”

“I met Pamela De Barres [famous groupie of I’m With the Band fame] one time and when I told her what I do, she said, ‘Oh, so you’re a groupie’ and I said, ‘No, I run the label.’ She just looked at me like she had no idea what that meant. So that’s the seed to this whole little contest. There are tons of pin up and beauty contests, but nothing that looks at the character and passion of a woman’s convictions. That’s what I wanted people to focus on,” she concludes.