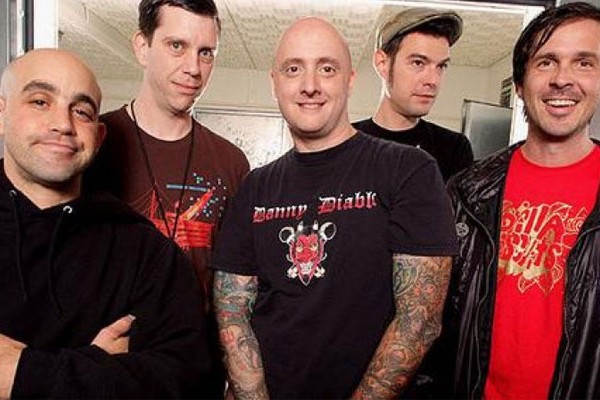 Tonight, Gorilla Biscuits are throwing an event (but not a concert) at Coney Island Baby in New York. The event will celebrate the 30th anniversary of the band's classic 7-inch record. To celebrate, they'll be releasing some sort of box set that appears to include a reissue of the EP as well as an action figure. The band describes it as: "Super7 and Revelation Records have partnered together to create a tribute to the amazing longevity of their self-titled 7”. This first press tribute box set features a blue cloth bound display box with a white foil stamp on the cover. Each box contains a brand new first press tribute blue card Gorilla Biscuits ReAction Figure with GB logo display base. The GB display base is also a 7” large hole adapter which conveniently fits the new 30th anniversary 7”. The 7” is pressed in blue vinyl to match the original first press cover with all new labels and a large hole to fit the adapter. (Then you can place the adapter on the record, the figure on the adapter and play the record with the figure spinning on it!) The 30th anniversary 7” is then wrapped in a fold-out Gorilla Biscuits poster collage."