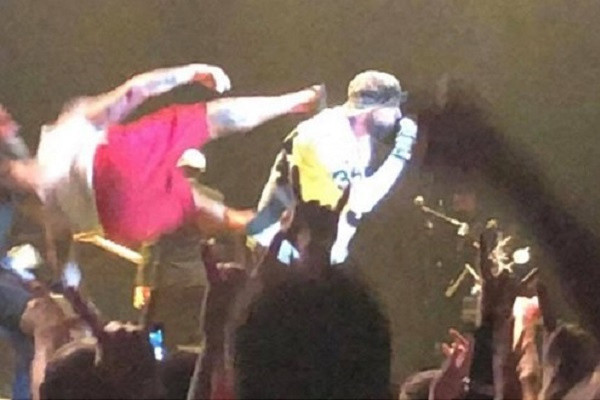 On Saturday, the Rock Allegiance Fest was in Camden, New Jersey. Insane Clown Posse, Limp Bizkit, Papa Roach, and GWAR played along with many other bands. During the Limp Bizkit set, ICP's Shaggy 2 Dope ran out on the stage and tried to dropkick singer Fred Durst. Shaggy almost connected, but it looked like he miscalculated his flying kick range or was snapped down mid-attack by a bouncer. Neither side has issued a statement, yet. See video of the attack below.

Fucked Up recording new Zodiac record, 'Year of the Horse'