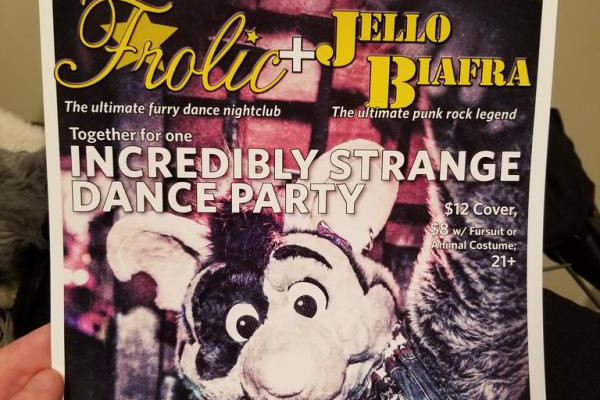 Jello Biafra has never been afraid to get involved with weird and unusual projects- he ran for Mayor in the '70s, he starred in a feature motion picture in the '80s, he cut a country record with Mojo Nixon in the '90s, he played the part of a Walmart manager on a Hip Hop record in the 2000s, and now, he is dj-ing a Furry Dance Party in San Francisco. As per his "Incredibly Strange Dance Party" DJ set, Jello will bring his rare and classic records to the decks and spin them for the attendees at "the bay area's biggest furry nightclub." That's December 1 at the Eagle in Sf. Tune start at 8pm and spin all night long. You get a discount if you show up in a furry costume, too.

Videos: Incisions: "War In Your Head"