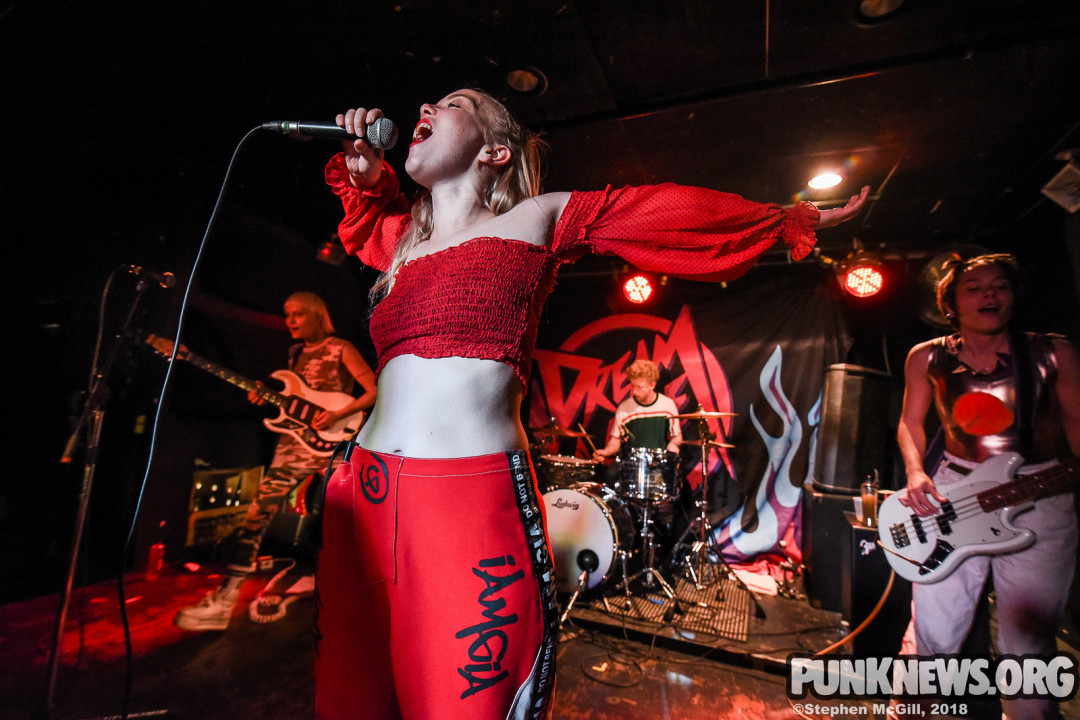 On September 29 English pop-punk act Dream Wife returned to Toronto for a show at the Hard Luck Bar in support of their self-titled full length. They were supported by Moscow Apartment and Hearken at the gig. Our photographer Stephen McGill was there to catch all three bands. You can find his shots below.