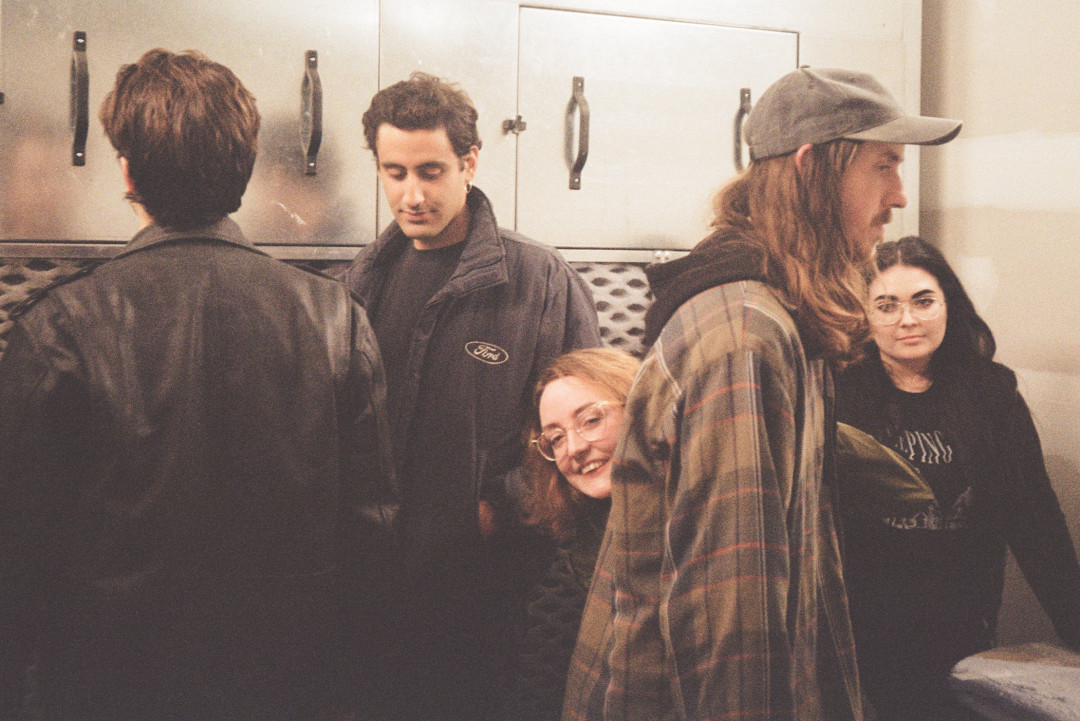 Toronto's sardonic, frenzied noise-punk act WLMRT have announced a new 7" titled Lube 2. It'll be the band's first release with Pleasence Records (Feel Alright, Petra Glynt) following a pair of self-released EPs, 2016's Fuck me I’m Joking and last year's Plan B. This week the band unveiled a video for the song "C.U.T.V.", which you can check out below.

WLMRT discussed how the new video came together:

We tried making a music video for C.U.T.V. more than once. The first attempt involved Shelby eating oysters while strapped to the hood of a moving vehicle. The next one was just us detonating explosives in a large field. We kept trying to satirize Hollywood, but ultimately had nothing to say. We were tired and bored of ourselves. We sat in a coffee shop, mumbling bad ideas at each other. Amongst other things, we reminisced about an old idea for a vampire movie that we never made, and talked about robbing a bank for a while. During these conversations, Shelby had semiconsciously written the words "WHAT IS A BLOOD HEIST" on a piece of paper.

The new EP can be pre-ordered from the label now.

WLMRT also recently took part in a four-way split 7" with Ottawa noise duo Deathsticks, the Montreal garage-punk group Nüshu, and the goth-styled Halifax-based Nightbummerz. A new song from the band titled "Deathsticks Ruined My Life" also appeared on the recent Killed By Meth #3 compilation from It's Trash Records.