Up close and personal with Lande Hekt of Muncie Girls 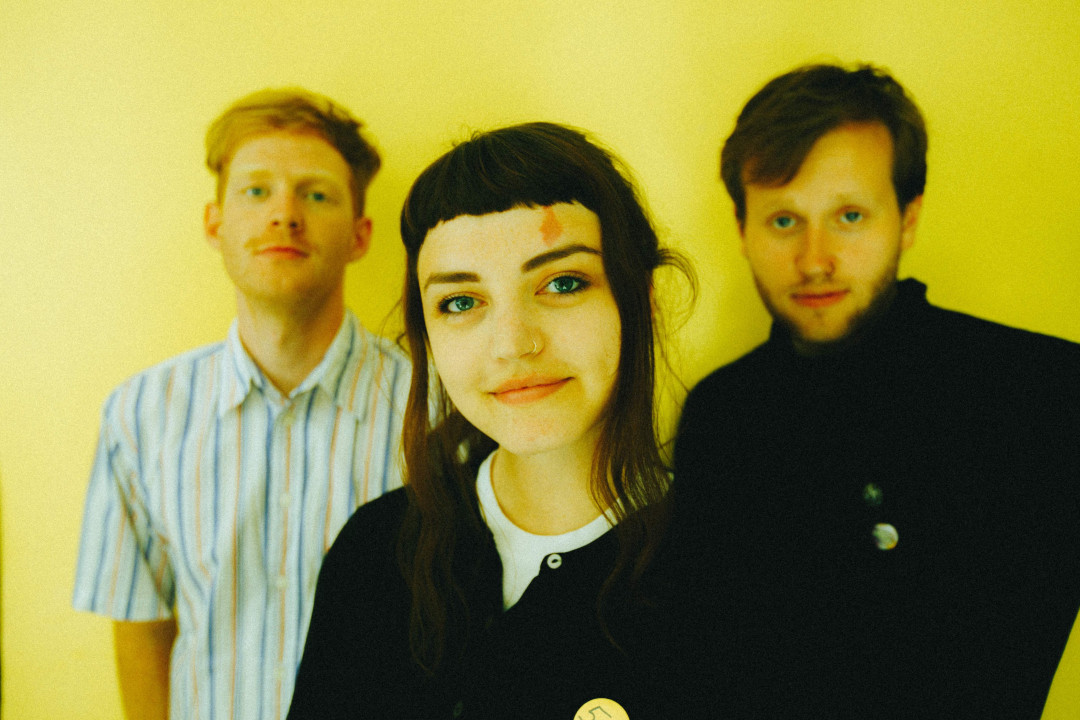 The hype is real for Exeter’s Muncie Girls, in the little time that the band have been in existence they have toured Europe and The UK extensively and have released two full length albums. They recently released their second LP, Fixed Ideals through Buzz Records and Specialist Subject Records. The new album draws from some of their most personal content that they have ever written. Editor Samantha Barrett spoke with guitarist and vocalist Lande Hekt about the new record and about their upcoming US tour.

We have been covering you for a little bit now, but some people might not know so tell me how your band formed?
Well, we are all from Exeter, which is the south-west of England. Dean (McMullen) the other guitarist, and I we went to High School together. We were in a band together in High School with the original drummer from Muncie Girls. Luke (Ellis), our drummer now went to the same Middle School as I. When we were about 16, we started to go to punk shows at a local venue. We quit the high school band that we were doing when we were 17 and started Muncie Girls. We are basically the same people but just people that actually wanted to do a punk band, we were basically into all of the bands that come through the Cavern, the venue out here in Exeter. A lot of American punk rock bands come around here and it seemed like a really exciting time for us to start a band. It kind of been the same thing ever since really. We have been plotting along, playing as many shows as we can.

Also for the foreseeable future we got our long-standing friend Iona will be playing Bass for us, she is from a band called Shit Present, we have played loads of shows before. She was also in a band called Great Cynics, whom we did a split with. We are super excited because the next tour we do will be with her, the first tour as a four-piece.

Tell me about how you developed the band name?
It was actually our friend who suggested it to us. There is a really good film called The Hudsucker Proxy, it’s a Cohen Brother’s film. It is a quote from the film. If you see the film you would hear it and it would make a lot of sense. It kind of just a silly quote really.

You just released your second album,Fixed Ideals, how was the process of writing this album?
The process was quite different than the last record. We actually recorded nineteen songs in one session. We were in the studio for three weeks solid and I did not leave. It was kind of intense. It was a very long process, we had all of these songs that we needed to trim. We had to cut like 6 of them. A lot of people wanted us to cut more songs but we couldn’t, we did not want to say goodbye so that is how we ended up with 13 songs. Which is a lot I think for a punk record. The actual songwriting process is the same as before. I actually write the songs on guitar then demo them then send them to the guys or I bring them to band practices. Then we go through them there.

So, in the end, it becomes a very collaborative effort then?
Exactly.

Each of your albums seems to have some very personal content between mental health issues and family issues. What came about in making this album?
Well, I say this a lot if you ask me. I basically write songs as a kind of like a tool to help me figure out how I feel about things, similar to a journal I think. My writing is a confessional in that sort. I don't think writing as a process for a song or that I want other people to like it. I literally write things down because it generally feels better for me. I guess the reasons those topics are in there, those are the things I have been thinking about and it is a format to work through and understand my own feelings.

Kind of like therapy?
Exactly. I guess so. The thing is that there is no one telling me to do that. I would say it is kind of like a journal. Like how people who write a journal to like document things, to lay it all out. I feel like it is quite useful in that way.

I read somewhere that drinking has had a major impact on this album. How has it been being drink free?
It's been great. I have not drunk since just before we recorded so that is like 17 months ago. Although I did have a couple of beers when we were in Japan and it was my birthday. So other than that it has been a while. It has been really good and it has been super productive. A lot more self-clarity. I have found it really helpful, to kind of figure out what I want to be doing instead of fucking around, which is what I was doing before. It has been really hard but it has been good. It has been a helpful process I think.

I have always admired the idea of… not exactly straight edge. I have always admired the idea of not basing gigs and stuff like that around alcohol. Like that Against Me! song where “beer is not the life of the party”. I always related to that, the local venue where I worked at for the last 7 years and where we grew up seeing a lot of shows. It sells alcohol but it started as a venue to put on punk bands and every night there is another purpose for it. It is not like people go there to drink.

I really love your music videos. I feel like they are really thoughtful and well put together with the content and lyrics that you have created. How much of that do you control as a band?
All of it. I literally wished that someone else would say that you should do it like this or do it like that. It would take some of the work away. But no no no. We do everything. It is good that way. There was a collaboration with the latest 3 videos. We worked with a director names Jeff Barraclough with “Clinic” and “Picture of Health.” The ideas we sat down together and figured it out together. It was really fun to make those videos. There was another video that our friend Lisa from Designasaur made, she lives in Manchester. Again it was a real collaboration of our ideas and how she was going to make it work in the videos. I think essentially if we had the directorial skills then we would do absolutely everything ourselves.

Your second album Fixed Ideals has been out for a little bit now. How has it been received so far?
So far, we have been really happy with the reception. It is kind of difficult with the second album. Somebody was saying there is a sophomore curse or something, I don't remember the exact phrase but basically, there is a certain amount of pressure from the first album. If the next record has not progressed then you just made an album that is exactly the same, rubbish. Then if you progress too much then it is like we like the last album we don't like where you are going with this. There is that kind of real pressure happening. I was feeling real nervous before it came out. I couldn't believe it, there were so many nice reviews and people had a lot of nice engagement on social media and people being super nice. So far it has been great but I think we won't know until we go on tour. The last record that was a slow process, we had to tour it out to see what people really thought, to really get a feel for it. I am really interested in finding out.

Speaking of tour you guys are doing a run of shows in the UK, Europe, and the US. I think this is the first time you guys have been touring the US, right?
We have actually been there but we haven't toured. We have done The Fest in Florida, four years ago and South by Southwest a year ago. They were contained festivals and it is really a different thing. We are really excited to actually tour. We are literally excited to play everywhere. I have not looked at the tour and said that there is a town that I have not bothered. Amazing. Amazing.

In Memoriam: Todd Youth has passed away