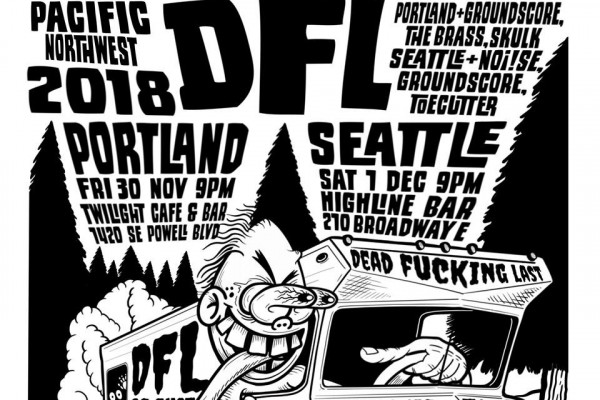 DFL aka Dead Fucking Last will be hitting up the Northwest for some shows in the late Fall. The band will play Portland on November 30 at Twilight Cafe. On December 1, they are in Seattle and will play the Highline bar. The band has been recording new tracks and have released two new songs over the past year.