Mikey Ireland of Spirit Houses and I Am the Avalanche 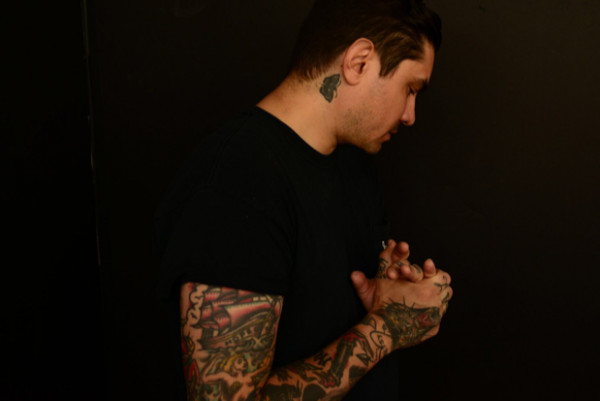 Mikey Ireland is a lifer in the underground. Between cutting his teeth playing guitar in I Am the Avalanche, singing and playing guitar in Pass Away, and owning/operating his bar Three-Diamond Door in Brooklyn, it’s a wonder he’s still moved to create outside of those projects. And yet he just released his first EP as Spirit Houses, a subdued acoustic project he’s been developing for some years. The EP, Two Passing Ships, is an introspective and melodic powerhouse. Ireland, as Spirit Houses, skillfully combines the traditional elements of solo acoustic acts with complementary instrumentation in creating a record that is sure to engage a wide palette of listeners. Two Passing Ships is available on all streaming platforms, and the vinyl is available for preorder via Suburbia Records. Punknews' Mike Musilli sat down with Mikey to talk the new record, lyrical inspiration, and touring with old friends.

What was the driving force behind this as an acoustic project? I started Spirit Houses in 2001 in Virginia Beach in my bedroom at my parents’ house. I had a Tascam 4 track and was heavily influenced by Bright Eyes at the time. He and I are roughly the same age so I thought, “Hey, maybe I could try this, too.”

What’s behind the name Spirit Houses? A Spirit House is a usually heavily decorated shed or doghouse-like structure that is used as a shrine. They are intended to provide shelter for spirits that could cause horrible problems if not appeased.

Is your writing process different for Spirit Houses than it is/was for Pass Away and I Am the Avalanche? It’s entirely different. I write Spirit Houses songs with no input from anyone. I write them like country songs. Always alone and usually in my apartment or wherever I’m living. With Pass Away and Avalanche, I bring a song to the band and it totally morphs into something else.

How was the recording process for Two Passing Ships? Who else contributed given that the recording has a lot of instrumental accompaniments? It was amazing. I did the record with Brett Romnes at Barber Shop studios in NJ. Brett is the most patient human being on Earth. Anyone who knows me, knows that I require patience. I’m all over the place, always, and I’m generally a huge fucking mess. I was going through a heavy breakup and my world was totally flipped upside down during that time. I couldn’t have done it without him. Brett also played drums, bass and keys on it. He rules.

A lot of your lyrical content across both Spirit Houses and Pass Away seems very introspective and even existential. What do you typically draw from when writing lyrics? I draw from my own personal experiences. I’ve tried writing from the perspective of others but I just can’t do it. Everything you hear in these songs happened to me.

“We All Die Alone” and “A Letter to My Future Love” both seem to particularly critical of your sense of self. Is there anything cathartic about getting these themes out to others? I had a bad year. Maybe the worst year of my life. I had zero self-worth and I totally lost myself in trying to make someone else happy in life. A huge lesson learned there was that you can’t make another human happy. They need to be in a good place before you meet for shit to work. Both of you do. You at least have to be at peace with yourself and your mess before committing yourself to someone and their mess. Nobody is at fault. I had a lot of horrible thoughts and feelings this last year and they are all laid out on this record. Cathartic is a perfect word for it. Things can and do get better, though. If you let it.

What is different about performing acoustically/solo than with Pass Away or I Am the Avalanche? With Pass Away and Avalanche, I have my crew on stage with me. I’m not nervous and it’s a fucking party. Spirit Houses, I’m a nervous wreck and it shows. It’s terrifying for me every single time but I think I’m getting better at it.

How did the tour with Vinnie Caruana and Brandon Reilly go? Any particularly surprising situations given that you all are performing acoustically? It was insanely amazing. Not only were the shows rad, but these guys have been my friends for 15 years. It was nonstop comedy. We toured around in Brandon’s Hyundai Sonata. We went to Whole Foods twice a day. We slept in hotels. Old guy touring! It was fantastic and I loved every minute. Vinnie and I actually played a 13-year old IATA song called “ Mrs. Green “ that we never properly recorded and people knew it ! Wild.

What plans do you have for Spirit Houses in the coming future? I want to record a full length this spring. I’ve got vinyl coming out. I want to tour as much as possible. I just want to work, man. I’m ready for the road again.

Check out the new album here.

Videos: Anthem Grief: “My Life In A Restraint”